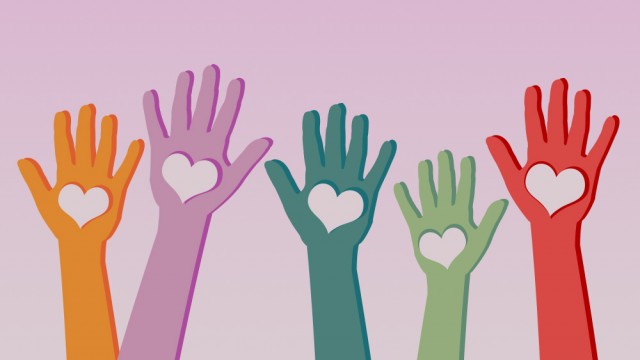 “My question is for the women in the group.”

We were sitting in a large circle in La Casa de Migrantes, a migrant shelter in Arriaga, Chiapas, Mexico, having a conversation with a group of 30 migrants or so, discussing the experience of traveling illegally through Central America and Mexico. The people we sat alongside were at most two days into their journey north. Many of them were not even sure the route they were going to take, or even where they would stay after their night in the shelter. Several people had just joined the circle, including two women in their mid-20s.

“My question is for the women in the group. How is the experience different for you as women?” The question came as a refreshing splash of recognition, and the women’s faces lit up with excitement at the unexpected acknowledgement of their presence in the room. The relief, however, was brief—a drop of cool water falling on an unknowably large hot plate of pain and suffering, quickly fizzling and reducing to nothing but vapor.

“The journey,” she responded over a growing lump in her throat, “The journey is hard. Very hard.”

That’s all she could muster before she broke down crying, her stream of tears forcing its way through eyes clenched in agonizing remembrance. The 60 seconds of deafening, heart wrenching silence that followed spoke volumes, each of us could feel the weight of her suffering without hearing a word of the details. The words of our in-country liaison, Julio, rang in my head. “There is no translation for a smile, nor is there for pain.”

Each of us in that room felt her distress, shared in her sorrow. We saw our own tears in her eyes, our own difficult memories written in her furrowed brow. The woman across from us was no longer a migrant. She was no longer Honduran. She no longer wore a different skin tone or spoke with a different native tongue. In this still, silent moment, we saw a glimpse of what she really was: a mother, a daughter, a sister, a miracle of biochemistry, a living, breathing human being with hopes and fears who has experienced love and anguish, laughter and confusion, just as each person inevitably has.

Suddenly, migration was no longer an abstraction. It was nothing to be conceptualized and analyzed in some ivory tower. It was this woman’s, these people’s reality. And it was damn hard. In sharing their stories, these migrants allowed us to enter into their narrative, just as they had entered our own. This kind of cross-cultural encounter of humanity is at the core of the Arrupe mission. We don’t go to Latin America to be saviors to poor children or to build houses and feel good about ourselves. We go to recognize our shared humanity with those in incomprehensibly different situations from our own, and recognize our collective responsibility to build a society where that humanity can be acknowledged without having to fly halfway across the globe.

Why is it that the woman in the migrant shelter was a migrant before she was anything else in our minds? It’s the same reason Michael Brown and Eric Garner were black criminals before they were anything else, before they were fathers, sons, before they were even individuals. It’s the reason we need to be reminded that black lives matter rather than it being understood in the first place. It’s our societal inability to see even an iota deeper than the surface of someone’s skin, or the language on their tongue. It’s the deep, subconscious fear of the so-called “other,” bred from little but assumptions and a refusal to see past them. It’s a fear that still lives parasitically in our modern society. I don’t think I’ll soon forget the young woman’s face, both the elation at being acknowledged as an equal, and the wounds that the acknowledgement reopened. It will serve as a constant reminder of the universality of human experience. Despite any difference, there is always common ground. When reaching that common ground is an instinct rather than an afterthought, hands will grasp each other before triggers, and lips will split in laughter before clenching in anger.

Seeing through the stories we create about each other and listening to the ones we tell about ourselves creates a new starting point for where we interact with each other. It respects,  dignifies,  and prevents mindless violence. Sharing our stories rejects the parasitic fear of the other and values human connection above all else. As novelist Colum McCann writes, “You become who you are by telling each other your stories. The bloodstream of the stories becomes the bloodstream of your life.”

More than anything, the woman in the shelter will be a constant reminder to vulnerably share my story in all places, and perhaps more importantly, to listen lovingly to those who share their own. 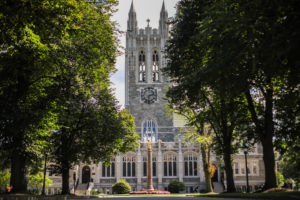