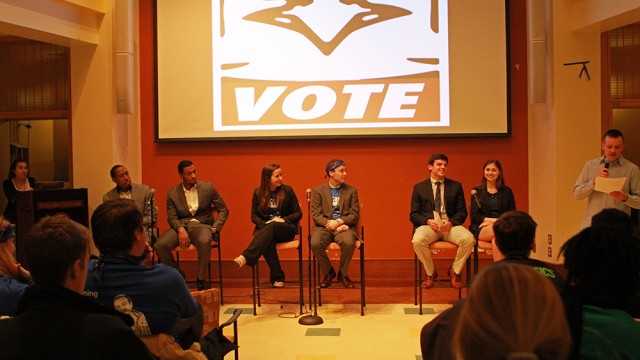 This year, the campaign to elect the president and executive vice president of the Undergraduate Government of Boston (UGBC) lasted for one week—continuing the change established last year to shorten the campaign period from two weeks. In that time, the three different teams chose to pursue different campaign strategies. Thomas Napoli, A&S ’16, and Olivia Hussey, A&S ’17, chose an active online strategy, with a Facebook page that garnered nearly 450 likes as frequent pictures and links were posted. Cassidy Gallegos, LSOE ’16, and Michael Keefe, A&S ’16, had a robust online presence as well, but also opted to employ signs, snow displays, and tables. The third team, James Kale, LSOE ’16, and Jose Altomari, A&S ’16, had a more understated campaign presence, both physically and online—they focused on interpersonal contact.

The shortened election season seemingly forces the teams to become as aggressive as possible during campaigning. Painting on the snow, and posting excessively on Facebook, for example, works to get students aware of the elections but is not as effective in getting students to understand the complexities of platform point. The short election cycle makes it difficult for those campaigning to effectively disseminate important information about how the platforms vary.

Having a one week campaign cycle without primary voting to narrow the race down to two teams also became slightly problematic during the presidential debate, held the night before voting began. Since three teams were present at the debate and the candidates were not permitted to directly counter one another’s points, it was difficult for those in attendance to discern the strengths of each team, let alone pick a clear winner of the debate. The debate came off as more of a panel discussion in which all three teams would offer their takes on the posed questions and give similar responses. It would be prudent in future years to amend the structure so that even if three or more teams participate in the debate, each team is able to emphasize its unique platform points and show how they philosophically differ from the other candidates.

Despite these difficulties, the one-week cycle should be considered a welcome change due to the exhaustive nature of a two-week campaign. While this shortened window certainly has flaws, the positives of a less exhaustive campaign outweigh the negatives of requiring all teams to stage marathon efforts. The Elections Committee  should be for commended as well for the strong election turnout. Approximately one-third of students voted in the elections, a relatively good turnout. Students, especially underclassmen, should be praised for turning out to vote despite the perceived annoyance of some campaign tactics.

Reflecting favorably on the candidates, this year’s election exhibited clean campaign tactics by all teams in the race. No smear tactics were used against other teams, and no sanctions were levied due to unfair campaign strategies.

While there are still some improvements that the Elections Committee should consider for following years, the 2015 campaign season should be looked at as a model for years to come. 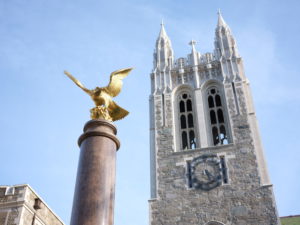 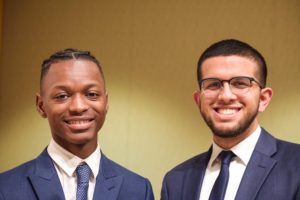