An unlikable lead and aimless structure in the end let this Oscar hopeful down.

When Olivia Evans—played by Oscar winner Patricia Arquette—exclaims, “I thought there’d be more,” she’s lamenting how the time with her son Mason Jr. has gone by so quickly. I had a similar thought after watching Boyhood for the first time.

A film so hyped and universally acclaimed, Boyhood had a lot to live up to. Taking 12 years to make, one would hope that a project this big would find something profound to say in the end. Racking in numerous awards and exorbitant amounts of recognition, including six Academy Award nominations and Arquette’s eventual victory, it has left me wondering if the film really deserves all the praise.

The film’s most obvious achievement comes from its production and creation. That kind of success is not something we can neglect. Linklater took upon himself a huge assignment when he decided to create Boyhood. Juggling other projects, managing actors’ schedules and adapting filming techniques, and creating a film that would be marketable 12 years down the line were just a few hurdles that Linklater had to overcome and manage. It is a praiseworthy feat that the film got made at all, considering all these variables and especially in light of the masses of films that never get made with all the hurdles a single year throws upon production.

We champion the film as one that took so long to make. We judge it in its own—12 years in the making—realm, not as a film with something to actually say.

Boyhood is not without its charm and quaintness. The films is ripe with nostalgia that will give any young person who grew up in the past decade loads to remember and fawn over. This is relatively low hanging fruit considering the time in which the film was crafted. Every shot of a GameBoy, Razor Ripstik, or Toonami segment is designed to get the cheap oohs and “I remember that” remarks out of the audience. The film tricks you into finding it meaningful by flashing glimpses of things you fondly remember rather than any substantive message laid in the film itself. Capturing dated culture when filming over the years is inevitable, but it does more to distract us from what is (and really what is not) happening on screen. Within its 12 years, again I ask, what was Boyhood trying to say?

Apologists for Boyhood may say that the meaning lies within the banality of it all. The fact that nothing much happens is representative of our own lives, trudging forward without any hint of progress in the moment. But this would be a generous interpretation. As we see Mason Jr. grow, we see him become rather unlikable. Fumbling through his life, expressing little in the way of knowledgeability or experience, we simply see him mumble and groan, overcoming no real credible threats or change. We are exhausted by his pseudo-philosophical ideas that, coupled with his muttered delivery, leave us laughing rather than awe struck. As a character, what makes him unique? It’s hard to anticipate and wish to see his life unfold when he embraced the world so callously. Instead of using the heaps of production time to formulate ideas and develop a relatable and, more importantly, likeable character, the film leaves us with a detached, entitled, annoyingly artsy, wannabe philosopher.

I found myself hyper-critical of his every move, because he became so unlikeable. I was furious when he made a bowl of cereal and not more than 10 seconds later, placed it near the sink. Unbelieveable. He did not eat that that fast. Unnecessary critique aside, I kept wondering where the point of the film lied.

If you want a film that truly speaks to the banality of life, look to 2013’s Nebraska. Narratively speaking, nothing really happens in this film either. Through the use of its characters, Nebraska ultimately finds something that speaks to us on a deeper level. Where Boyhood clings to superficial connections that children of the last decade can appreciate, Nebraska reaches for something more universal and human.

Boyhood is not terrible and some of the awards, like Arquette’s Oscar for best supporting actress, are well deserved. It is when we start calling it the best film of the decade or even the century, as some have, that is call for pause. We are quick to fall in love with films and extrapolate meaning when there is none, especially when others claim a connection as well. It is simply the bandwagon effect. What will it be remembered for in another 12 years? My bet is something along the lines of, “That movie that was made over 12 years,” and not for any meaningful scene or moment. Words like epic and revolutionary will not be words we use to describe Twelve Years a Boy. Yes. Boyhood was different, but so was The Artist, and who is talking about that?

Sitting in bed, Mason looks to his father and asks, “So what’s the point?”

“I don’t know, any of this. Everything.”

“Everything? What’s the point? I mean, I don’t know,” he honestly replies.

boyhood oscars richard link
Rihanna Empowers In ‘Towards The Sun,’ Big Sean, And More Singles This Week
Jose Gonzalez Steps Outside Of Sweden With ‘Vestiges & Claws’ 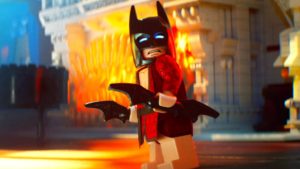