Home » Ariana Comes Up Grande For ‘One Last Time’ 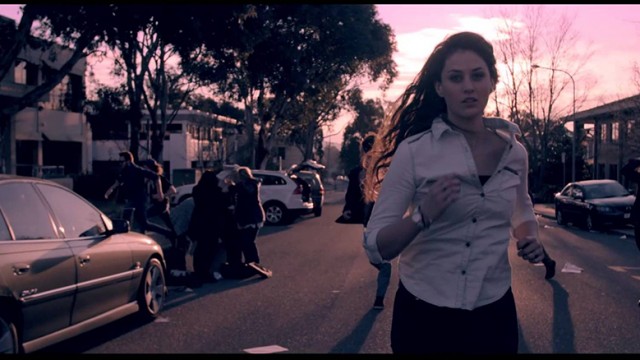 Ariana Comes Up Grande For ‘One Last Time’

Ariana Grande’s newest music video for her hit song “One Last Time” is exceptionally improved from this pop princess’ previous videos. Director Mark Landis takes viewers on an apocalyptic adventure in which Grande explores a chaotic scene caused by an impending comet collision. Released on Feb. 15, the video plays as if it was shot in a single, continuous take. It expertly mixes sci-fi with reality to create an intimate four minutes and 10seconds fit for the silver screen.

Opening with a montage of news reels detailing a fictitious comet’s irreversible collision course with earth, Grande’s video boasts a captivating concept fraught with danger and suspense. This action-filled thriller features Grande dodging police officers, traversing through a dilapidated apartment building, and even battling bearded foes in an attempt to get a better view of the imminent doomsday event.

Starring Grande’s “Victorious” co-star Matt Bennett as her timid love interest, the “One Last Time” video masterfully mimics a home video with its handheld camera and organic scenes. The lack of stability and smooth transitions add to the suspense and make the video seem realistic, despite the admittedly lackluster computer-generated effects. Though the comet-stricken skies were unnaturally purple and the explosions embarrassingly unrealistic, the spontaneity and havoc simulated by the video’s cinematography compensated for the mediocre elements.

Opting for a different kind of music video than her preceding ones—those characterized by flirtatious batting of the eyelashes, casual caressing of the face, and annoyingly high ponytails— Ariana Grande’s newest work is refreshingly original. Touching on themes of rebellion, vulnerability, and the resilience of love in the face of certain doom, “One Last Time” is a drastic change from the mundane music videos we are used to seeing from the pint-sized pop singer.