Home » Beauty Is In The Eyes Of Your Doctor 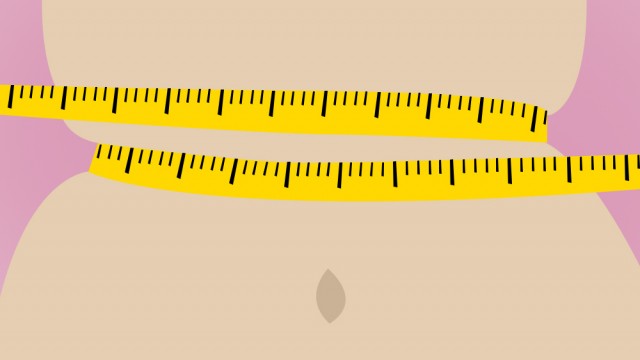 Beauty Is In The Eyes Of Your Doctor

At some point, we have all heard the Romantic trope that “beauty is in the eye of the beholder.” The Ancient Greeks and Classical world, however, would disagree with this subjective construct of aesthetics. In fact, architects, philosophers, mathematicians, and artists have, for millennia, played with the “golden ratio” as a mark of beauty. This ratio (roughly 1.618) considers proportions in our faces and bodies as ways to indicate what is aesthetically pleasing. The golden ratio exists between the nose and the mouth, the waist and the shoulders, and many other places. The Ancients applied a fairly objective standard as to what is considered beautiful.

Modern societies have largely departed from this objective standard. It seems like today, virtually everything is considered “beautiful” in some way. The political correctness machine’s enforcement of positive body image is primarily responsible for this.

Certainly, positive body image in theory is not a bad thing by any means, and in fact something for which every individual should strive, but modern rhetoric within the movement succumbs to many problematic assumptions.

The primary notion behind the positive body image campaign is one of autonomy: we must own our appearance as it has been endowed to us by the powers that be. Acceptance is a viable psychological mechanism to employ for things that cannot be changed despite our utmost volition. The state of our bodies is dynamic—it can be changed. Just as we should allow for the ability to grow and mature intellectually, we must allow for changes in our physiognomy. This is all assuming, of course, that a person does not suffer from a health complication that makes it difficult to lose or gain weight, or otherwise live a healthy lifestyle (such as a thyroid condition that often leads to such a restriction).

The argument can then be made that there is no need to conform to normative standards of beauty, and that we can be empowered by self-acceptance alone. This is also problematic because it often encourages people to subordinate the relative importance of physical appearance within the graduated hierarchy of societal imperatives. We can harp on how “evil” society is for being superficial. We can criticize ad campaigns and the media for sexualizing our world. Ultimately though, the physical appearance that we project is exceedingly important for our success and livelihood in today’s culture. In fact, a recent U.S. News and World Report study explains that attractiveness can lead to higher salaries and confers other financial advantages. Although personal value should be determined by more substantive attributes, such as intellect and ambition, dismissing the fact that appearances matter is caustic to our success potential.

The movement often encourages poor dietary and health habits as well. Too much self-acceptance can encourage laziness and complacency. Much of positive body image rhetoric has become militant and inflammatory. One article in which a woman recounts her negative experience with dieting urges her readers: “Try this at home: Be fat and happy. Be unapologetically fat. Wear a bikini, and mean it. Eat pizza and ice cream and enjoy it.”

The sentiment expressed here and elsewhere is one of reckless abandon that encourages a lack of dietary restriction and standard healthy living. The psychology underlying it is bothersome: it tells us that just because something is difficult, we should avoid it. If life teaches us anything, it is that difficult and challenging things are those that are most worthwhile. Complacency is caustic.  Similar rhetoric adopts a state of siege mentality that often propagates the problem of attacking people based on physical appearance by condemning physically attractive people as “too skinny,” and similar sentiments.

An offshoot of the positive body image campaign is the commercialization of “plus sized models”—women who are often more generously proportioned than their more standard model counterparts who sport an hourglass figure and thin waist—a way to show that beautiful women can be found in places other than the annual Sports Illustrated Bikini Shoot. The most notable plus sized model today is likely Tess Munster, who has gained popularity in the last year. In an interview, she is described as “happy and liberated” as well as essentially the essence of female empowerment. The forceful phrase “skinniness is not happiness” is scattered throughout the prose.

This is where the line must be drawn. Appealing to science, we must consider Ms. Munster’s measurements: she stands five feet, five inches tall and weighs 260 pounds. This gives her a Body Mass Index (BMI) calculation of roughly 43.3. For reference, normal weight yields a BMI range of about 19 to 24 and obesity anything over 30. By any medical standard, this woman is morbidly obese. The quality of her health is such that her lifespan will most definitely be truncated as a result of her size. Yet this woman is constantly praised and lauded as a representation of female empowerment and as a pioneer in breaking the mold of normative beauty standards.

The most perverse and scary notion is that young girls struggling with body image issues will not only view  Munster’s physical precedent as acceptable, but actually something for which they should strive.

This sends the completely wrong message and has negative implications for health standards here in the United States as we progress into the future.

Ultimately, notwithstanding medical issues, everyone should maintain healthy diets and lifestyles. The sentiments expressed by much of positive body image rhetoric are dangerous because they serve to allow for rationalization from a psychological standpoint and they encourage unhealthy lifestyle habits.

Alis Dicpinigaitis is an op-ed writer for The Heights.