Home » Jose Gonzalez Steps Outside Of Sweden With ‘Vestiges & Claws’ 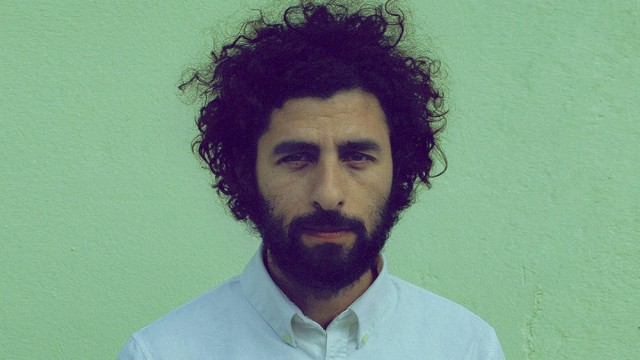 Jose Gonzalez Steps Outside Of Sweden With ‘Vestiges & Claws’

Gonzalez has gained more popularity over the last few years since he became a member of the Swedish rock band, Junip. Releasing his first solo work in 2003, Gonzalez has seen quite a bit of support from his homeland, Sweden, and from many European nations, but has struggled gaining a larger audience here in America. As Gonzalez’s work with the Swedish band has earned more of a reputation in the U.S., Vestiges & Claws should serve to propel him to more acclaimed recognition among American folk enthusiasts.

One of the only scruples to find in listening to Gonzalez’s music is that it is too nearly mimics his work with Junip. If a listener plays songs from both Junip and Gonzalez in successive order, they would probably find few differences between the two. The only real differentiation is Tobias Winterkorn’s synthesizer and organ, two features that greatly contribute to Junip’s hailed tone and depth. Listening to Gonzalez’s album, a fan of Junip jumping over to try out Gonzalez’s solo work may find it lacking in this regard. Gonzalez’s vocals are one of the more renowned qualities of Junip’s style, but on its own, his voice can be, overall, a little underwhelming.

That being said, the real substance to be found on Vestiges & Claws is in the arrangement and layering of the acoustic guitar and Gonzalez’s intriguing and heartfelt lyricism. The album’s third track, “Stories We Build, Stories We Tell,” though repetitive, features some of the greatest lines off the whole album (“Don’t believe in karma or hell / But in the memories and stories we tell”). Gonzalez, however, relies a bit too much on the chorus. He does not like to stray too far from them, and while he may be a rather inventive lyricist, his monotonous return to the chorus leaves listeners yearning for more originative lyrics throughout a song.

Meticulous details also set Gonzalez apart from his counterparts in the folk genre. The album’s eighth track “Vissel,” does not even feature vocals from Gonzales, but it provides a soothing acoustic rhythm interspersed with a winding whistle and beat that would make for a sensational stroll through a forest filled with quiet pondering. It’s these noticeable stylizations like the whistle or the pan flute in “The Forest” that give this album a resolute distinction in the genre.

The weakest element of Vestiges & Claws is the eerily similar drumbeat found in almost every track. A distracted listener would probably confuse most songs on the album because of this repetitious and this, in turn, really takes away from the unique and intriguing stylization of Gonzalez’s guitar playing. Not only are the beats strikingly comparative, they are also rather bland and contribute little, if not detract from, the overall ambience of the album. In a way, however, this unyielding atmosphere that holds resolutely throughout the album seems to be intentional.

Many of these tracks blend together, for better or worse. At times, it feels like this subtle continuity bundles everything together well, but on the other hand, it can sometimes come across as Gonzalez having found a comfortable sound that he does not want to stray away from. The lineage between tracks makes for an easy listen, but it also can feel like a waste of potential, a lack of creative brevity that would make Gonzalez much more innovative.

Gonzalez’s third solo album has a lot going for it. His vocals are honestly extremely soothing. Not many voices in popular music ring quite like his did and he seems to really understand how and when to manipulate it. His talent on the acoustic guitar strongly complements his vocal ability. Gonzalez throws down some intriguing riffs throughout the album that constitute his unique style in the genre. The percussions, however, distract heavily his brilliant meanderings and really detract from the general quality of Vestiges & Claws.

More and more, Gonzalez is solidifying his personal ability, though he has been in the game for over a decade now. Junip did a nice job of introducing Gonzalez more fully to American audiences and Vestiges & Claws is another step in the right direction of realizing Gonzalez’s solo potential. Despite a few technical inadequacies, Gonzalez’s third album brings him into the limelight of the folk genre. Now he just needs to prove he is worthy of being there.