Home » This Weekend In Arts: Fleabag Cafe Show, Sing It To The Heights, And More 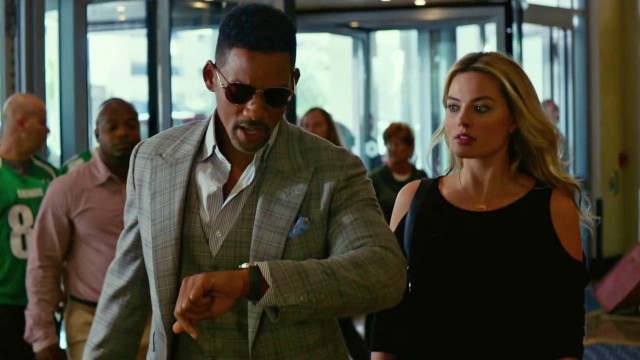 This Weekend In Arts: Fleabag Cafe Show, Sing It To The Heights, And More

A con-man’s greatest scheme is complicated by the reemergence of his former lover and partner. Will Smith and Margot Robbie (The Wolf of Wall Street) star as the two high-stakes troublemakers.

Members of the Berklee Contemporary Symphony Orchestra will be playing music from famous Disney movies and TV shows at the Berklee Performance Center. Admission is 8 dollars in advance and 12 dollar the day of the show.

Asinine sketch and improv comedy group along with Generation Citizen are hosting a night of political comedy in Fulton 511. Admission is free.

Researchers have discovered a serum, codenamed, “Lazarus,” that can bring the dead back to life, but their discovery may turn out to be too good to be true. Olivia Wilde and Donald Glover star as two of the scientists who come across this unparalleled discovery.

The improv group My Mother’s Fleabag will be putting on an interactive Spring Cafe Show in Gasson 305 this week. Flea-lady Tatiana “Tomagotchi Terror” Schaefer, A&S ‘16, is back from abroad and will be in the show. Admission is free.

Sing It To The Heights!

The Emerging Leadership Program is hosting an ‘American Idol’ inspired singing competition in Robsham Theater this week. The winner will be chosen by votes from the audience. Tickets can be purchased through the Robsham Box Office.

Symphony of the Goddesses

The Boston Symphony Hall will play host to music from the famous game franchise The Legend of Zelda this Friday. The acclaimed world tour features a larger than life video accompaniment and chronicles the history of the legendary series.

The Campus Activities Board is holding a Trivia night this week on the second floor of Lower. They will be serving free pizza and drinks and the winning team will be given 25 dollars in the form of a surprise gift card.

weekend in arts
Raising Hope: Rix And Kent Aim To Lead BC To A National Lacrosse Championship
Demko’s Masterful Shutout Propels BC To First-Round Bye