Boston College had been clawing its way back all game. Covie Stanwick, along with her partner-in-crime Mikaela Rix, led the charge. Despite a massive early hole, the Eagles fought to send the game to overtime. Now, the game was in danger of going to a second overtime.

The Eagles had called a play from the sideline, but the Louisville defense, as stout as it had been all day, stifled whatever BC had planned. Stanwick, the ball in her stick, knew she had to make something happen as time wound down with less than 10 seconds left.

Stanwick drove to her left, beating her defender. But she was losing her angle on Louisville goalie Ashley Peacock, who had made seven saves on the day. Stanwick wound up, and let the ball fly toward the net, as hard as she could manage. She tumbled to the turf as the ball left her stick. By the time she got up, the ball had beaten Peacock and was nestled in the back of the net. Stanwick dropped her stick and lifted her arms in celebration. With six seconds to go in the game, Stanwick had given No. 3 BC (7-0, 3-0 ACC) its first lead of the game against the No. 12 Cardinals (5-1, 0-1 ACC) 16-15, and that’s the way the game would end.

Though BC scored 16 in total, its offense was fairly stagnant during the first half. It took almost five minutes for BC’s attackers to even touch the ball in their offensive zone, and 7:51 had passed when Sarah Mannelly finally netted the first goal for the Eagles. They ended the first half with six goals, but three of those goals came within 2:32, going through long scoring droughts uncharacteristic for a team laden with so many different weapons.

BC head coach Acacia Walker attributed her team’s early struggles to two things: a lack of execution on both ends of the field, and Louisville’s own prowess. She had full faith in her team, however, saying “It was a great test of the character of our team, rather than X’s and O’s. We weren’t executing exactly the way we wanted to execute, but I believed it would come down to the emotion behind the game.”

Whatever emotion the Eagles lacked in the first half, they came out with in spades in the second. Another fast start from the Cardinals put them up 10-6, but BC gained momentum and tied it up for the first time since the game was scoreless. The Cardinals never had more than a three-goal lead for the rest of the game (and even that lead lasted just 37 seconds). With Louisville giving BC everything it could handle, the Eagles managed to tie the game just once more, but did it when it counted. With 43 seconds left, Stanwick found Rix on the right side of the crease, where she whipped a shot past Peacock into the top right corner of the net.

The defensive lapses that had plagued BC all game, however, nearly came back to haunt them. As Walker would say after the game, “Yeah, lots. There’s lots of concerns after that game.” Louisville had sliced and diced through BC’s defenders time and again, with speedy attackers Kaylin Morissette, Hannah Kiloski, and Faye Brust doing most of the damage. Those three attackers led Louisville to leads of 4-0, 6-1, 10-6, and 13-10 with multiple stretches of pure dominance. BC sophomore goalie Zoe Ochoa was a rock in net, making seven saves. But the most important one came after Rix’s tying goal.

A bad turnover by Stanwick led to a fast break for the Cardinals, who managed to get a shot off as time was expiring, but a deft reaction from Ochoa deflected the yellow rubber sphere away from the orange posts outlining the net, sending the game to overtime, where Stanwick’s heroics occured.

The game ended Louisville’s unbeaten season at 5-0, but that didn’t stop Walker or Stanwick from being effusive in their praise of the Cardinals after the game.

“I was worried about this team before we even started playing,” Walker said. “I think they’re the best team we’ve played all year. Oh, yeah. By far.” Stanwick agreed with her coach, praising Louisville’s toughness and energy, but saying BC’s veteran presence kept them focused. “I can remember in years past, that’s been an issue and I think having veterans on offense has helped that out a lot.”

If both Walker and Stanwick are right, it seems unlikely that BC will need to spend too much time this year relying on comebacks, but on Wednesday afternoon, they needed Stanwick to make some sort of miraculous, tumbling game-winning shot, and she came through in the nick of time. 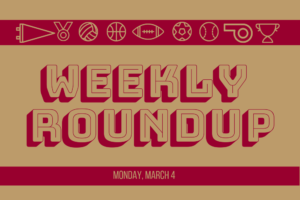 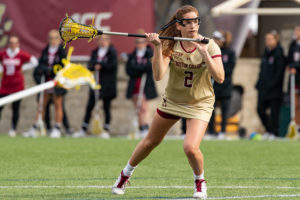 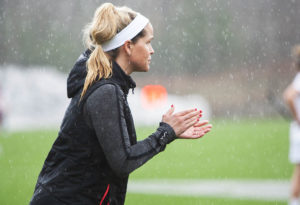