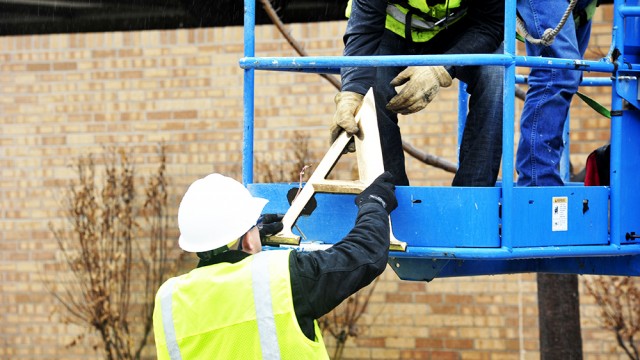 Letter From Dean On Univesity Of Oklahoma A Good First Step

This past Monday, Dean of Students Thomas Mogan and Ines Maturana Sendoya, director of the Thea Bowman AHANA and Intercultural Center, issued a letter to the student body addressing events of the past weekend, including the racist remarks made by a fraternity at University of Oklahoma (OU), the death of Tony Robinson in Madison, Wisc., and the 50th anniversary of the march on Selma.

Last semester, prior to Mogan’s arrival as dean, the University opted not to publish remarks regarding condemning the actions of police officers in Ferguson, Mo. and New York City. Though this could be due to a difference in controversy—it’s easy to say that this instance of racism at OU is bad, but more difficult to accurately comment on the Ferguson police force given the lack of circumstantial evidence at the time of the incident—this letter indicates a positive change in the University’s method of addressing events.

In addition to condemning the actions at OU, the letter encourages students to stand up as a community against racist remarks. Mogan mentions name-calling and theme parties as potential sources of racism, but does not point out any particular event on campus. The letter goes on to encourage students to reflect as well as reach out to campus resources. It mentions the Dialogues on Race and Campus of Difference workshops that are sponsored by the Thea Bowman AHANA and Intercultural Center and are available for residence halls and student organizations to partake in. This helps to make the program more known, but for it to be effective, students must participate as well.

The University has shied away from taking a firm stance on controversial topics in recent memory, such as divestment or the St. Mary’s die-in protest. Rather, they have opted to deal with the participating students on a personal level. This letter to the student body marks a positive first step in establishing a conversation between students and administration about relevant and pressing topics. However, there is still more that can be done—while a letter is an effective entry into the conversation, this conversation will not continue unless both students and administration work to make changes.

Recently, Boston Public Schools opted to include in their curriculum materials about busing and desegregation in Boston in the 1970s and 1980s. This is a vital, concrete change that will hopefully teach Boston students that segregation and the processes needed to remedy it. The importance of the new curriculum hinges on the fact that students will know that this was something that occurred here, in Boston, and not just in distant places like Little Rock, Ark.

Though a school-wide curriculum of this type is likely not feasible, changes could be incorporated into the cultural diversity core to encourage students to learn more about racism and bigotry. Though the letter is a good first step and the workshops hosted at the Bowman Center offer an opportunity for students to learn, students and faculty now need to continue the conversation that has been started.

March 12, 2015
An earlier version of this editorial misidentified Dean Thomas Mogan as sole author of the letter. This post has been updated to reflect the role of Ines Maturana Sendoya, director of the Thea Bowman AHANA and Intercultural Center, in its authorship.