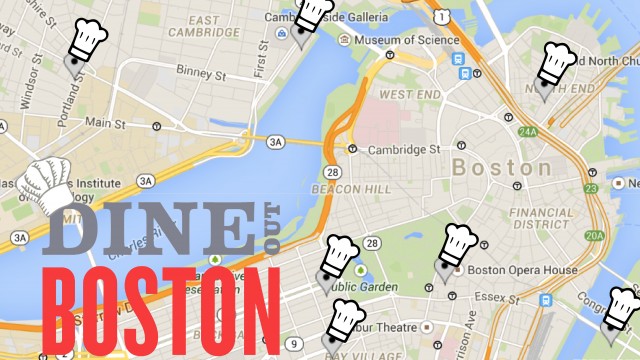 Eat Away The Winter: ‘Dine Out Boston’ Offers Restaurant Deals

This week, the Greater Boston Convention & Visitors Bureau (GBCVB) is hosting Dine Out Boston (DOB), an event designed to reinvigorate Bostonians after a harsh, snowy February. This celebration of the local food scene aims to highlight the resilience of the city’s restaurant community.

DOB comes around twice each year, in March and August, with this season’s festivities held March 1 to 6 and March 8 to 13.

“We instituted this as a member benefit back in 2001 knowing that August, and again March, are very slow periods for the industry,” said Pamela Frechette, marketing manager at GBCVB.

The destinations participating in DOB this year are virtually endless. Every type of restaurant all over the city, from Japanese to Mexican, from Chestnut Hill to Cambridge, is participating in DOB. Even the typically popular and famous Boston restaurants are a part of this deal, including favorites like Russell House Tavern and Legal Seafoods.

“Year after year, the steakhouses like Ruth’s Chris and the Capital Grilles are the busiest dining destinations over the two-week span,” Frechette said.

DOB features a flexible pricing structure for both restaurant owners and guests. Restaurants that participate each customize their lunch and dinner menus by choosing to offer lunch for $15, $20, or $25 and dinner for $28, $33, or $38. It was previously known as Restaurant Week.

“With the rebranding of the week, we now allow restaurants to adjust their price points to three different options since we found increasingly that one size did not fit all,” Fechette said. All of the restaurants can offer as many courses as they desire at their selected price.

“When we debuted Dine Out Boston in March of last year, we wanted to create a way to celebrate Boston as one of America’s premiere culinary destinations as well as provide locals and visitors, alike with a unique opportunity to enjoy the exceptional value, variety, and hospitality of Greater Boston restaurants,” said Patrick B. Moscaritolo, president & CEO of the GBCVB.

“We will continue to invite diners to take advantage of Dine Out Boston’s great restaurant deals as well as embrace all the cultural and seasonal activities that Boston has to offer,” Fechette said. “We encourage combining a hockey game, a concert, a theatrical performance, or one of many museum exhibits with a Dine Out Boston meal for a quintessential Boston experience.”

In addition to old favorites, a new feature has been added to DOB for this season. After February was blanketed in snow, the meals that were missed during that time period are considered lost revenue, so the organization added a social media component, Frechette said.

Both social media users and customers can make a reservation at any of the participating DOB restaurant, and take a picture of their meal for Instagram, tag  their location, and add #DineOutBoston in their caption. Whoever’s post receives the most likes within 24 hours wins a $100 gift card to a participating restaurant. The GBCVB awards two gift cards per day, and the competition is ongoing for the duration of the DOB weeks.

“The certificates are donated as part of the application process since we don’t charge the restaurants to participate like most other cities,” Frechette said. “One set of certificates is used for promotions and the other set is offered on an online auction.”

ArtsBoston is this winter’s DOB Charitable Partner. ArtsBoston is a champion for Greater Boston’s arts and cultural community, and a collaborative partner for public, private, and nonprofit leaders who seek to further engage with the sector.

The GBCVB has also used this dining program to give back to a different local Boston charity each year for seven years. More than $300,000 has been raised for charities through the online auction component of DOB to date.