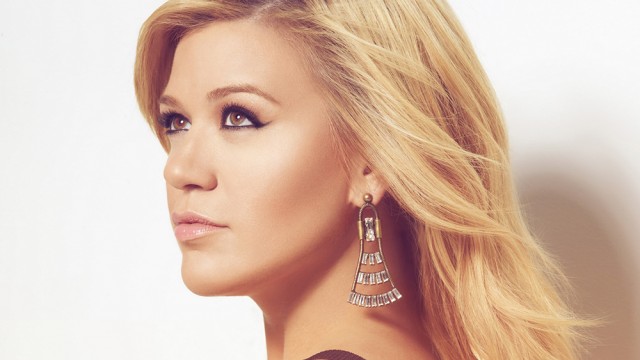 Kelly Clarkson Just Can’t Seem to ‘Breakaway’ From Idol Past

Kelly Clarkson’s new album Piece by Piece is exactly what you would expect to get from a Clarkson album. She plays it pretty safe overall, keeping the poppy sounding, heart wrenching lyrics, that we have come to associate with the cleancut American Idol winner. Fortunately, Clarkson does provide her common listener with a few twists.

The album starts out with her catchy upbeat single “Heartbeat Song,” which reached No. 37 on the Hot 100 chart. The catchy tune adds some brightness and color to the album. It has the kind of chorus that runs through your head on repeat all day, which in this case does not necessarily move in a good way. In “Heartbeat Song,” Clarkson sings some rather cliche lyrics about turning it up all night long in an exciting and new relationship. It’s a feel-good song—nothing groundbreaking, but a fun listen at least.

She then throws in something a bit unexpected with a techno beat in “Take You High.” The song isn’t exactly uniform with the rest of the album, but it is certainly something different from anything else she has ever done. The song is more about the sound than the lyrics. It’s a bit repetitive and loses its meaning in the overlapping sounds, but it is intriguing to listen to nonetheless. It comes off in a bit of a desperate attempt to stay relevant, without actually committing to the techno genre.

From there, the album takes a more somber tone. She returns to her ballads about heartbreak and finding the strength to recover, even hitting on some deeper personal notes regarding broken family life in “Piece by Piece.” In a second attempt to get some relevant notice, the album features a duet with John Legend, a more relevant artist who has put out hits such as “All of Me” and Oscar-winning “Glory.”

At first, “Run Run Run” seems promising, but it’s a rather disappointing collaboration between Clarkson and Legend, getting lost in the mix among the other slightly over dramatic songs. The song misses a great opportunity to bring together two great vocalists who possess natural talent.

The next breath of fresh air and fun doesn’t come again until the 11th song in the album. In “Dance With Me,” Clarkson invites the listeners to dance and forget about everything else for the night over and over … and over. It’s yet another song that talks about a “warm embrace” and “lovers kiss,” and though Clarkson keeps it light, the song comes of as a fluff piece in an attempt to create a new sound for herself, one that can be categorized as dance or party music.

Despite the attempts she has made in her new album to create a fresh and relevant sound, it’s hard to get past the lyrics that are so reminiscent of our past days as middle school students, feeling inspired by lyrics that are simply about power, strength, and making a come back from the boy who left you with nothing but scars. How many bad relationships and heartbreaks can one person have to create yet another album about the same dilemma? It leaves you wondering how sincere the album, and Clarkson, really is.

It’s hard to tell whether the album and her work at this point is a real attempt to reach out and encourage her female fans to never give up and to be strong or just an effort to ride out the wave of success that came with emotional ballads she started years ago as the first winner of American Idol.
You can’t deny there are some catchy beats scattered throughout Piece by Piece, but when it’s over, there isn’t much to be remembered. Sometimes isn’t it better to just quit while you’re ahead?