Home » Taste Of Iceland Festival Returns To Boston With Food, Music, And Film 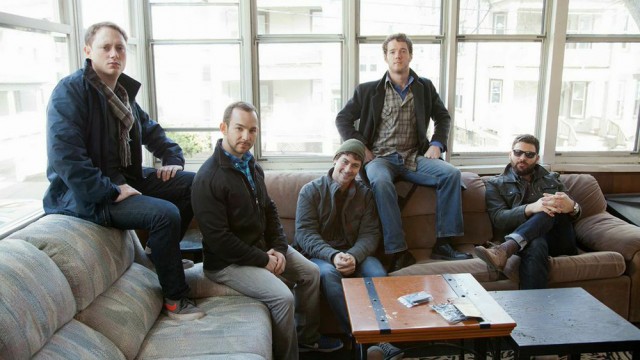 Taste Of Iceland Festival Returns To Boston With Food, Music, And Film

Taste of Iceland is returning to Boston this week for its annual five-day festival, which offers Bostonians a chance to learn more about Icelandic food and culture from March 12 to March 16.  This will be the festival’s ninth year in Boston, building off continued success in cities all around the world.

“The festival has four different events, centered around different cultural components,” said Kristjana Ros Guðjohnsen, the primary organizer for Taste of Iceland in Boston. “These consist of food, music, film, and dialogue. All the events are free of charge, except for the restaurant event.”

For this particular event, the Tavern Road restaurant in Boston’s Fort Point neighborhood is entertaining a special Icelandic menu with food shipped in fresh from Iceland. The menu, prepared by Icelandic chef Viktor Orn Andresson, will be offered from Friday to Monday at the Tavern Road for the price of $65. Included in the four-course menu are Icelandic Cod and Icelandic Free-Range Lamb. According to organizers, this event is filling up quickly but there are still some spaces left upon reservation.

Also part of Taste of Iceland is the Reykjavik Calling concert, which will take place at The Middle East in Cambridge this Saturday night. Organizers always pick two local bands to play alongside two Icelandic bands, said  Guðjohnsen. This year, the up-and-coming Icelandic band Kaleo will headline alongside Icelandic solo artist Beebee and the bluebirds. Boston-based bands, Love in Stockholm and George Night with Pablo Palooza, will also play.  Doors open at 8 p.m. and the show starts at 9 p.m. The event is open for anyone 18 and over, and admits guests on a first-come, first-served basis.

“Though they often sing in English, Icelandic bands have a unique and distinctive sound and the local bands we picked kind of correspond with that sound,” Guðjohnsen said.

“I was so impressed with the films chosen,” Guðjohnsen said. “The festival is composed of really nice shorts and documentaries, which run for about two hours all together. From horror, to drama, to romance—it’s a mixture of all genres, a tasting menu. And the films certainly give you a good idea of Icelandic culture.”

On Thursday, from 8:15 to 11 a.m., there will be a city-to-city dialogue entitled “Innovations in Energy and Mobility Affecting the Future of Our Cities.” This energy innovation panel discussion, hosted by Iceland Naturally, MIT Media Lab, and City Science Initiative will center on Boston’s and Reykjavik’s efforts to innovate energy for a better future. Speakers include Dagur B. Eggertsson, Reykjavik’s mayor, Vineet Gupta, director of Planning for Boston Transportation, David Keith, assistant professor of System Dynamics at MIT, and others.

“I’m really excited about the speakers on the panel—in Reykjavik, we are very responsible about sustainability and have a great infrastructure for it, though it is very expensive and time consuming,” Guðjohnsen said. “This has been an important issue for the community, which is why we have organized a panel of experts, both Icelandic and Bostonian, to come speak about new solutions for improving sustainability.”