Home » This Weekend In Arts: Battle Of The Bands, Bostonians Cafe, And B.A.D.A.S.S. 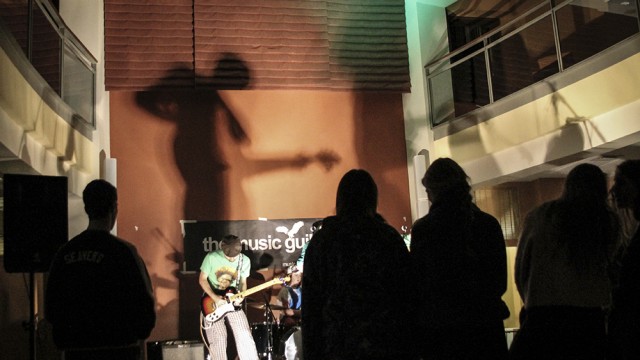 This Weekend In Arts: Battle Of The Bands, Bostonians Cafe, And B.A.D.A.S.S.

(Friday 7:30 P.M.)
The annual Spring Show for B.E.A.T.S. and Dynamics will take place in McGuinn 121 this Friday. Tonal Ecstasy, an a cappella group from McGill University, will also be performing at the show.

BATTLE OF THE BANDS

(Friday 7:45 P.M.)
The Boston College Music Guild, Arts Council, and CAB are hosting the annual Battle of the Bands. Groups will compete to move on to Arts Fest, where the winner will open for Modstock.

(Saturday 7 P.M.)
The a cappella group’s Spring Show will be in McGuinn 121 this Saturday.The Bostonians will perform their entire repertoire and individuals will showcase their talent with solo performances. Admission is free.

(Friday 8 P.M.)
BC’s Committee for Creative Enactments is putting on a St. Patrick’s Day comedy show this Friday in Fulton 511. Admission is free.

(Saturday 7 P.M.)
Gear up for St. Patrick’s Day with Boston College’s Irish Dance eighth annual show, Radiance, in Robsham Theater this Saturday. Tickets can be purchased through the Robsham Box Office up until the show.

(Thursday & Friday)
BC Dance Ensemble is celebrating its origins with an 1980s themed show this weekend. There will be a special performance from Synergy as well. Tickets are $10 and can be purchased at the Robsham Box Office.

weekend in arts cinderella
College Of Arts And Sciences To Be Named For Benefactor Morrissey
By University Request, ‘Fifty Shades’ Returns To BC Bookstore