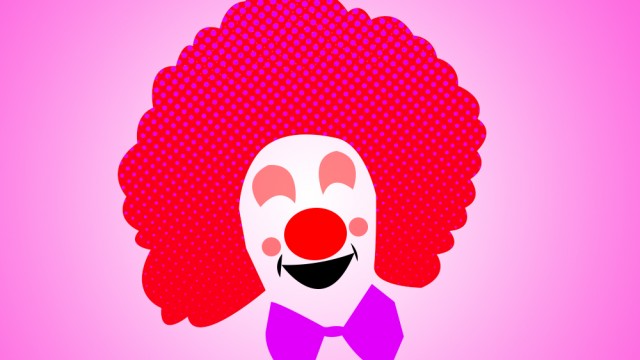 I was 11 or 12 when I picked up Hogfather, one of the 40-odd installments in Terry Pratchett’s Discworld series, and discovered one of his seminal characters: Death, anthropomorphized as a shadowy and—much to my surprise—not overtly frightening figure. Powerful, yes; implacable, yes—but also curious, astute, and fundamentally fair. (And very fond of cats.) The book itself was a riot, but I was most struck by one idea: It is possible to take the scary and overwhelming things about life and twist them around to find nuggets of humor—and even comfort.

Pratchett, who died last Thursday at age 66, worked deftly in that pattern, combining fantasy—escapism—with shrewd commentary on the ills that plague humanity. On subjects ranging from growing up and one’s inescapable mortality to the frustration of dealing with regular old stupidity, he was lighthearted without being dismissive, clever without being self-satisfied, and funny without insulting his readers’ intelligence. (Quick aside—Pratchett was knighted in 2009 for “services to literature,” and if you don’t think that’s the coolest thing, then you can get out.)

More so than the fantastical elements, it was the underlying kindness of Pratchett’s books that set them apart. I enjoy sarcasm as much as the next person (unless that person is a 14-year-old who has just discovered it), and bald, barbed critiques are often better at attracting attention, but keeping the world at a scornful distance can be tiring. It can seem at times like all cultural commentary falls into one of three categories: bitter cynicism, brainless nonsense, and somber self-righteousness, bordering on melodrama. (Did I just describe the major cable news channels? Hmm.) Rarer, and sorely needed, are those people and things that prompt serious reflection without giving up on the world entirely.

Tina Fey’s newest project, Unbreakable Kimmy Schmidt—which hit Netflix on March 6—employs humor to tackle the unthinkable and the distasteful in just such a manner. (Don’t worry if you haven’t gotten around to watching yet, no spoilers. Although, truthfully, the lack of detail is less out of concern for you, dear Reader, and more so no one can gauge how much time I may have spent binge-watching.) The show’s premise is—and there’s no way around this—just a huge bummer. Our eponymous heroine emerges from an Indiana bunker, where she’s been held captive for 15 years by a radical preacher as part of a doomsday cult, and attempts to start life anew in New York City. That’s not a thought experiment for the faint of heart. Yet through its relentlessly cheerful leading lady, Kimmy Schmidt manages to take a perspective that, while slyly critical, remains affectionate toward humanity and its foibles.

This tack is as much a worldview as a method of self-defense. As Andy Greenwald writes in a glowing Grantland.com review of the show, “You don’t need to have spent half your life in an apocalypse bunker—or below 14th Street—to know that sometimes laughter is the only thing that can keep you from going crazy.” I doubt that the idea that humor can be a shield or a coping mechanism is news to anyone. It’s why Louis C.K. is so popular. It’s why we watch SNL and read The Onion. It’s why people make jokes on Twitter when they’re kind of sad and life’s not working out the way they wanted. (… So I’ve been told.) The willingness to be more forgiving, though—to pick wry amusement over standing aloof—is what differentiates works like Kimmy Schmidt and Pratchett’s books from other brands of comedy.

Like bunker-bound Kimmy, Pratchett had plenty of reasons to be less than amiable. Perhaps most notably, he spent the last eight years of his life coping with Alzheimer’s disease. As his friend and Good Omens co-author Neil Gaiman wrote last fall, Pratchett’s humor ought not to be mistaken for a lack of anger. “He will rage, as he leaves, against so many things,” Gaimain wrote. “Stupidity, injustice, human foolishness, and shortsightedness, not just the dying of the light.” Despite everything, though, Pratchett maintained a fondness—however reluctant—for humanity. He managed to be funny without being bitter, and in a world that invites bitterness at every turn, that is an immense feat.

Eleanor Hildebrandt was the 2014 Editor-in-Chief of The Heights. She liked puns then and it's a safe bet that she likes them now. Follow her on Twitter at @ehhilde.