Home » Fences Built Out Of Fear 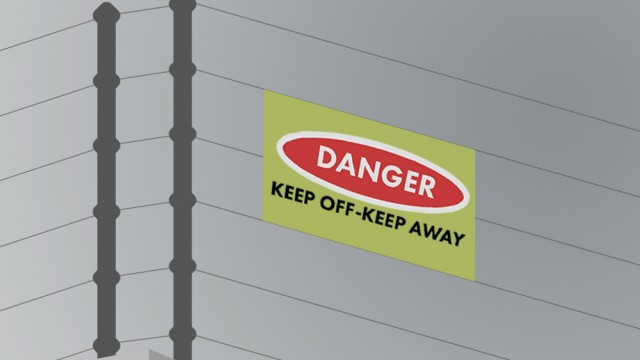 Fences Built Out Of Fear

In fact, his fence and barbed wire business became so successful, that after many years he became the richest man in the entire country. He had everything he could wish for. He gave his family everything they needed, and almost anything they wanted. Fine French food, the newest phones from Japan, and hundreds of Hollywood movies were shipped to him from around the world. He and his family lived very well, safe from theft and the threat of others, behind their fences and barbed wire.

One day this man decided to move to the places where these wonderful new things were being produced and invented. However, he didn’t trust anyone to take care of his business when he left. He didn’t trust his highest fences and sharpest wires to stop others from looting his fence factories and barbed wire warehouses in his absence. So when he moved away, he decided to simply take it all with him, and move both his family and successful business elsewhere.

Now he was worried that he would lose all of his business and embarrass himself and his family. He saw his new friends in these new countries becoming very wealthy and successful at their interesting jobs. Some of his friends invented new technology and sold it to fascinating, futuristic companies for lots of money. Others taught classes and wrote poetry that was published and sold in big, beautiful bookstores. Some of his friends became famous doctors and found cures for terrible diseases, and were always traveling around the country and talking with other interesting people about their discoveries in huge, high-rising hospitals. Everyone he knew was worrying about their interesting jobs and didn’t care about his fences and barbed wire. “And why should they?” he thought. “My fences and barbed wire can’t solve interesting problems, or look beautiful, or help save people’s lives over here.”

And so at last he moved back to his own country, and started from scratch once again. Very soon his business was booming. Very soon he had everything, including a family and an abundance of friends. He certainly loved his big, booming business and lovely, luxurious life in his small country—but he would always envy those fancy, foreign friends for whom fences and barbed wire weren’t part of the deal. “If only they could see how rich they really were, not having to pay me for high walls and sharp steel.”