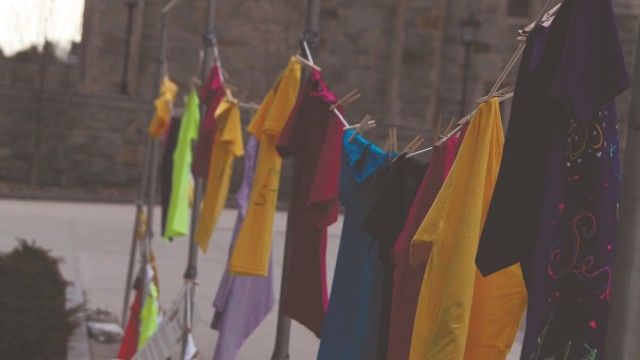 A Coordinated Effort To Combat Sexual Assault In C.A.R.E. Week

By the numbers, sexual violence is one of the most pervasive issues presently faced by college communities—and it is this reality that the organizers of Boston College’s upcoming Concerned About Rape Education (C.A.R.E.) Week hope to confront. C.A.R.E. Week, which started on Sunday, is a six-day initiative with the goal of creating awareness, support, and dialogue surrounding the issues of sexual assault, rape, and intimate partner violence. Hosted annually by the Women’s Center in conjunction with numerous other organizations, the week consists of events and programs that seek to educate the community on sexual violence and establish an environment that offers support to survivors.

“We hope that the Week’s events will inspire people to stand up against sexual violence, so we can create a safer, more respectful community for all BC students,” Lauren Bly, C.A.R.E. Week’s student coordinator and A&S ’15, said in an email. “Sexual assault is a violation against humanity, and we need to express that we will not tolerate a culture that actively and passively perpetuates violence and shames survivors.”

This year’s program is set to address various facets of rape education, including the prevalence of sexual assault and rape on college campuses, the definition of consent, the navigation of unhealthy relationships, the resources and ways to support survivors of sexual assault, the stigma associated with sexual assault survivors, and bystander education.

On Sunday, C.A.R.E. Week began with specialized masses— a collaborative effort of the Women’s Center and Campus Ministry. The collections from these masses were donated to a charity that houses and supports survivors of human trafficking.

Emily Rothman, an associate professor in the Department of Community Health Sciences at the Boston University School of Public Health, will be giving a lecture titled “How can stories of dating and sexual relationships have happy endings? How pornography, alcohol, and relationship styles make a difference” in Stokes Hall, Room S195 at 6:30 p.m. on Monday. The lecture will consider patterns of healthy and unhealthy relationships, the consequences and the perpetration of intimate partner abuse, and community prevention methods in dealing with issues of dating violence and sexual assault.

In a lecture on Tuesday evening, Brett Ingram, a professor in the communication department, will discuss the intersectionality of masculinity, aggression, and the athletic culture, and how that contributes to a culture of sexual violence. Ingram’s lecture will examine the factors that contribute to this culture, and how the community can begin to deconstruct these factors. The event will be held in Cushing Hall, Room 209 at 3 p.m.

Also on Tuesday, there will be a discussion on the intersectionality between sexual violence and systematically oppressed communities—specifically, intimate partner violence and violence perpetrated by strangers against communities of color and LGBTQ persons. The discussion, titled “Dangerous Perceptions: Intersections of Race, Sexuality, and Sexual Violence” will be held at 5 p.m. in Gasson Hall, Room 305.

The week culminates with the annual “Take Back the Night” event, a nationally occurring event that brings together students, faculty, survivors, and supporters within the community for a night of solidarity with those affected by sexual assault. At the event, students who were victims of rape and sexual assault share their stories of survival before the crowd, and students in the audience are later called forward to take a community pledge of action against sexual violence. “Take Back the Night” will be held on Wednesday evening in the Rat at 5 p.m.

In a town hall meeting on Thursday evening, students will have the opportunity to talk with administrators and staff who are primarily responsible for addressing episodes of sexual assault and misconduct on campus.

The panel includes the associate dean of conduct, the associate vice president for student affairs and student Title IX coordinator, conduct manager and sexual misconduct investigator, and the assistant director from the Women’s Center, who will address questions from the audience regarding the administrative handling of incidents of sexual assault at BC. The meeting, titled “Where We Stand: A Conversation with BC Staff and Responders About Addressing Sexual Violence in our Community” will be held in Fulton Hall, Room 511 at 5 p.m.

C.A.R.E. Week concludes with an expressive painting workshop on Friday afternoon, where students are invited to artistically navigate their thoughts, knowledge, and experiences from the whole of C.A.R.E. Week in a supportive and creative environment. The workshop will be held in the Devlin Hall, Art Studio 413 at 3 p.m.

Throughout the week, there will be an ongoing social media campaign, the “I CARE” campaign, which encourages students to share their reason for standing up against sexual assault, and create a personal connection to C.A.R.E. Week.

There will be tabling from 11 a.m. to 1 p.m. in Stokes Hall Lawn and McElroy Commons Lobby, where students can learn more about the Bystander Intervention Education Program, share their reason, and get their picture taken—to be shared on the C.A.R.E. Week’s Facebook event page.

“C.A.R.E. Week is an opportunity to support survivors and raise awareness in a way that we should be doing year round,” Bly said. “We hope that C.A.R.E. Week invites people into a discussion that will lead to a more empathetic and empowering campus environment.” 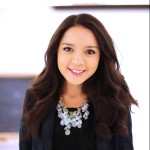