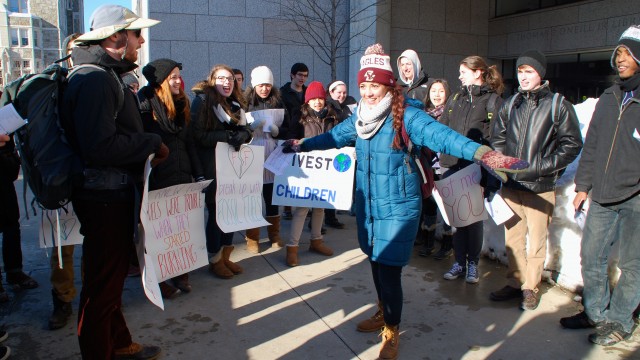 An appeal submitted by a student affiliated with Climate Justice at Boston College was rejected last Thursday. Sissi Liu, A&S ’17, appealed her disciplinary probation status on the basis that she was not at the event that led to the sanctions.

Based on what the University deemed to be a preponderance of evidence—which included a press release Liu sent about the event in question as well as the accounts of several other members of Climate Justice who identified her as an organizer—Dean of Students Thomas Mogan rejected her appeal.

Liu contends that Climate Justice has a flat power structure, and accordingly, she was not the only one responsible for the press release. She maintains that she wants the University to live up to its ideals and take action—thus, she said she plans to continue talking to peers, organizing, and fighting for the environmental organization.

“I firmly believe in my role as a climate organizer, a student activist,” she said in an email. “The work I am doing is for the people who are dying because of the climate injustices that they are suffering, because of the companies that Boston College’s endowment is invested in and because of this political gridlock that is hurting the chance of a sustainable future we envision.”