Home » Sean Penn And Company Misfire In ‘The Gunman’ 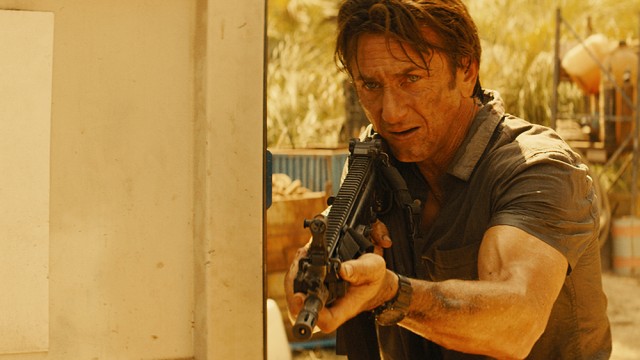 Sean Penn And Company Misfire In ‘The Gunman’

Think of all the great movies and television shows that Sean Penn, Javier Bardem, and Idris Elba have been a part of: Mystic River, No Country for Old Men, Milk, Luther, Biutiful. It takes a certain breed of actor to consistently bring to life great cinematic characters. The Gunman should never, ever (and I repeat) ever touch this list with a 10-foot pole. A parade of negative words could be used to describe this film, but the word that mostly fits the description is sloppy.

In this international crime thriller, Sean Penn plays the hired gun Jim Terrier, who is assigned to provide security at an airfield in the Democratic Republic of the Congo. He is forced to keep this occupation a secret from his girlfriend Annie (Jasmine Trinca), a medical worker for an international NGO. Terrier works in tandem with his boss Cox (Mark Rylance) and confidant Felix (Javier Bardem) in their airstrip operation, but it is quickly revealed to be a cover-up for another mission related to mining interests.

A multinational mining corporation has a vested interest in continuing the extraction of minerals such as diamonds and gold despite the decade-long civil war in the DROC. Terrier’s true mission, Operation Cavalry, is to assassinate the minister of mining who recently cancelled all mining contracts. After Terrier finishes his assignment, he is forced to leave the country for years without being able to notify Annie.

Eight years later, Terrier returns to the DROC to provide security for well-digging. While his current life seems peaceful, he is suddenly haunted by his deeds from the crime he committed eight years ago when three armed men come to kill him. In order to learn the answers, Terrier ventures to find Cox in London and Felix in Barcelona. Sadly, his main discovery is that his lover Annie has married Felix. In a trail of deceit and deception, Terrier finds out that he is hunted by the very men who hired him in order to cover up loose ends.

The film lacks character development, good dialogue, and a decent plot. From the outset of The Gunman, there is clearly a love triangle between Felix, Annie, and Terrier. Felix is interested in Annie, but he plays the kind foil to the macho Terrier. After eight years, Terrier and Annie remain the same but Felix has changed from a kind NGO worker to a drunken NGO magnate who is only involved due to vested interests. The absence of Felix’s character development (the eight years in between) only scratches at the surface to show how ill conceived this very abysmally written this screenplay really was.

The film also used some of the cheesiest, corniest, and saddest dialogue I have ever heard in a movie theater. This could have been partially justifiable too if the plot was decent (…on another note, the plot was not decent). The most likely and understandable viewer response is, “Really?” Terrier takes the utmost precautions to stay off the grid, but when he gets sick, is he really going to go to a hospital and get an MRI? After seeing Terrier, for the first time in eight years while celebrating the adoption of her first child, is Annie really going to go to his room and have sex with him after she told him off? Really? And Annie’s trip to see Terrier is sanctioned by her husband, really? During the climax, Cox takes all precautions to spike Annie on drugs, but it turns out she was faking the whole time just to leave at the last moment, really? This loose script is only exacerbated by the brief and questionable plot necessity for Idris Elba’s character.

I’m sure this movie was primarily financed to show off how good Sean Penn’s body can be at 54 (and it’s damn good), but that is not enough to salvage the wreck of this film. It almost felt like a public service for me to watch this film for two hours, just so you wouldn’t have to in the future.