Home » This Modest Mouse Music Video is ‘On Fire’ 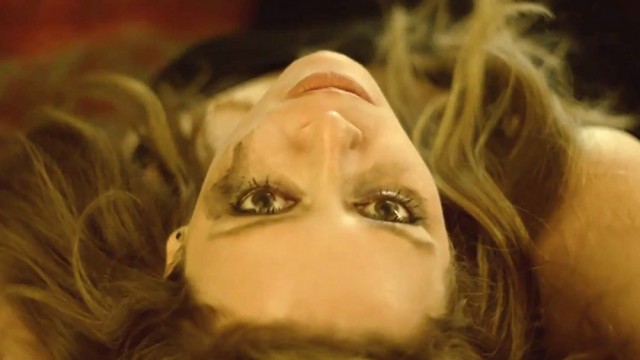 This Modest Mouse Music Video is ‘On Fire’

Modest Mouse’s latest music video for “Lampshades On Fire,” the 2nd track off of the band’s latest album, Strangers to Ourselves, is delightfully more disturbing in its three-and-a-half minute entirety than most of today’s Hollywood horror flicks. The song itself has a rather upbeat playful tone and mixing the video’s almost indescribably creepy aesthetic with the cheerful atmosphere of the audio makes for a chilling combination.

One of the more sinister aspects of the video is the smeared and harsh face paint many of the video’s extras have on them. The little girl in beginning, half covered in shadow, has an upsetting, malicious grin that is only emphasized by the chalky paint covering her face. The exotic, contorted masks and costumes featured in the video are some of the most frightening, impressive designs seen today and the woodsy and archaic backgrounds that absorb them add greatly to the atmosphere that the costumes exemplify.

When Modest Mouse mentions a party, the visual they present is one of the last pictures that probably pop into a viewer’s imagination. It doesn’t look like anyone would get out of these settings without a horrible scar, whether it’s physical or mental.

The most remarkable moment of the video is also in the climax of the song. Isaac Brock sings, “Oh, this is how it’s always been / And this is how it’s goin’ to be / So, you just move on,” and, visually, all the wicked creatures and people come together, either embracing or smiling at each other. The combination of the picture and these weighty lyrics makes for one of the most beautiful and insightful conclusions to a music video around today.