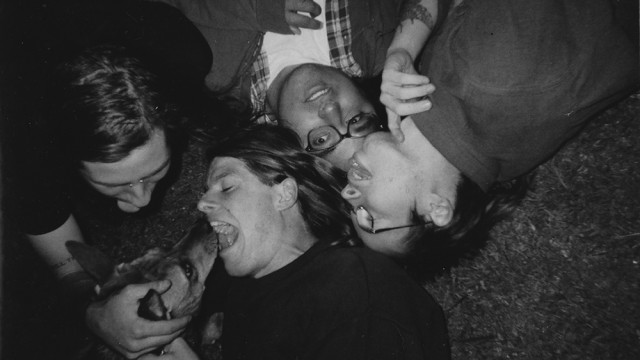 Wand promises to take you on a journey, and it delivers. As this L.A. based psych band releases its second LP in less than a year, Wand sets a precedent. Wand continues to deliver in craft with a new spin on psychedelia. In many ways, Golem builds off of the band’s previous album Ganglion Reef. Where Reef fantasied about world travel and exploration of planet Earth, Golem places that analytical lens back on the individual as it delves into the realms of self-introspection and discovery.

As is suggested in the opening track “The Unexplored Map,” this collection can be seen as a complement to their previous album, as it establishes similar tones, more or less picking up where Ganglion left off. That map, that last place to explore, does not pertain to any physical location, but rather inside the individual. Reminiscent of Jefferson Airplane’s White Rabbit, the phrase “we’re going down” in this first song seems an appropriate starting point.

The album really takes off from there. As if to metaphorically blast off, Self Hypnosis in “3 Days” builds and creates pressure until we as listeners are jettisoned into the meat of the song. Lyrically, this song is one of the most interesting and variable. Changing from frantic pleading to an almost calming lullaby, “Self Hypnosis” is one of the more traditional-sounding tracks and yet it speaks about the core element of psychedelia, the mind. Filled with more classic distortions, the song is a little more reserved with the guitar, which is nicely coupled with the more mobile lyrics. The variance in the piece makes it more interesting and makes it more distinct in relation to the rest of the album.

The flow of the album is unpredictable and abrupt. This is to the album’s benefit, however, as in many cases the segways connecting each new song function as an almost prescriptive response to the previous piece. Coming off of harsh distorted tones, typical of psychedelic rock, Wand finds a way to bring it back to a more reserved and centered guitar riff. This can be seen in the transition from “Reaper Invert” to “Melted Rope.” Though “Melted Rope” inevitably pulls you back into the rabbit hole of distortion, these brief interludes of acoustic and simple structure are a welcome and often fun dynamic within and between songs.

The deeper into the album we get the more and more other-worldly sounds come blasting out from Wand. In “Cave In” and “Flesh Tour,” stark guitar distortions and droning sounds seems to imitate a senseless void, picking up and ending songs slowly or abruptly. It is later that, out of the void, we gaze upon the titular “Planet Golem.” Quintessentially sounding “out of this world,” the song’s ambiance could easily be associated with spaceships and extraterrestrial travel, but as is the theme of the album, the lyrics speaks of internal strife and probing. It is really suggestive of the vastness of an individual and all that lay unexplored.

The album functions incredibly as a whole but also has unique individual pieces. There is a story to be told within Golem. The progression and descent into the depths of an individuals mind is felt at every turn, coupled nicely with changes in guitar riffs and structure as at times there is a calm before the storm. In many cases, Golem tricks you into believing there has been resolution, but as both the incoming onslaught of guitar distortions and lyrics will suggest, you were just in the eye of the storm.

If Wand’s earlier work was an introduction of sorts, Golem is that first cup of coffee, where the conversation drifted where you never thought it would go. Finding ways to craft a narrative and keenly show a maturity with lyrics, Wand’s Golem is worthy of a listen or two. Just be careful, watch your step and bring a map, it’s a long way down.

Featured Image Courtesy of In The Red Records