Each year, the Gabelli Presidential Scholars Program’s sophomore class takes on a social justice issue and seeks to explore it throughout the academic school year. Last year, the program’s class of 2016 published a book of interviews with victims and witnesses of the 2013 Boston Marathon bombing. This year, the class of 2017 presidential scholars are focusing on a slightly different, yet pertinent campus issue: mental health.

On April 7, the sophomore Presidential Scholars will premiere their original documentary entitled A Boston State of Mind, hosting the event at 7:15 p.m. in Higgins 300. The documentary “seeks to explore the topic of mental health in the greater Boston area, with specific attention to cultural and socioeconomic disparities present in health care,” said Russell Simons, A&S ’17. The audience will navigate the intricacies of mental health in order to understand its impact on public and private life. A short Q&A session with the students and professionals involved in the making of the film will follow the screening.

The students hope that the documentary will further the dialogue in the Boston College community regarding social perceptions surrounding the topic of mental health. They acknowledge previous student initiatives at BC that have successfully worked to promote awareness of mental health issues, debunk the stigmas surrounding mental illness, and establish their presence on campus. The students hope that their film will augment efforts made by organizations such as To Write Love on Her Arms and events like BC Ignites.

The documentary is part of the sophomores’ year-long social justice project called Unmasking Mental Health, and is a continuation of their fall production Tigers Be Still, a play produced in cooperation with the BC Dramatics Society which played in Robsham Theatre last semester. The students wanted to continue using the fine arts as a creative outlet for advocating social justice, and several of the students’ interest in film gave them the idea to produce a documentary on mental health as a social justice issue. “A documentary isn’t only a good way to send a message out to people, but also keep that message embedded in a video,” said film editor Jesse Mu, A&S ’17.

The students collaborated with various health care professionals and health organizations from around the Boston area, such as the Cambridge Health Alliance, Boston Public Health Commission, Massachusetts Department of Mental Health, Harvard Medical School, and Brighton High School, in order to gain a broader understanding of the impact of mental health in the everyday. “We wanted to explore the different dimensions of mental health, because we realized that when it came to mental health, you had to take into account all the other factors and problems that society threw at you,” Mu said.

The documentary aspires to be as much an exploration of mental health for the audience as it was for its producers. “We didn’t set out with a thesis in mind—we just went on what we knew about mental health from our experiences,” Mu said. “The shocking thing was learning about the racial and socioeconomic disparities present when it comes to mental health treatment. The problem is so much more complex. A lot of topics of social justice all blend with each other, such as poverty, educational opportunities, homelessness, and racial inequality. Now we realize that mental health has just as widespread social implications.”

Low versus high income neighborhoods and private versus public healthcare all play a role in the social perception and medical treatment of mental health. While the documentary uses Boston as an individual case study for exploring mental health, its creators believe the city’s identity as a culturally diverse, international urban center makes it a microcosm of the country as a whole, reflecting the general socioeconomic trends and cultural aspects of mental health.

Simons and Mu plan to distribute the documentary to various organizations affiliated with mental health care. They hope that the film is not only beneficial to these organizations but also inspires individuals to become activists for mental health. “Our point is to raise awareness and start a dialogue,” Simons said. “We want to inspire other people to distribute it themselves, both on a personal and institutional level.” 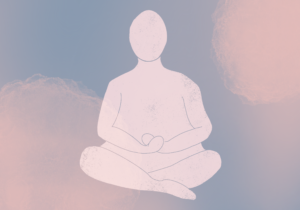