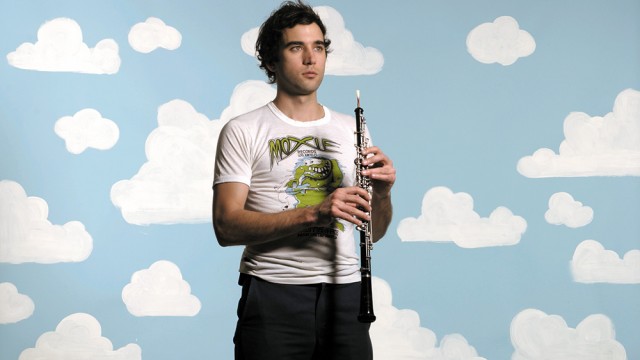 Most notable for its intimate and evocative lyrics, Sufjan Stevens’ Carrie & Lowell uses emotional storytelling to turn a musical record into a personal narrative. Though Stevens has created multiple well-received albums (and a few not-so-well-received ones), Carrie & Lowell is perhaps the first to fully introduce listeners to Sufjan Stevens the man, rather than the musician.

Each song on this record acts as a vignette of Sufjan’s story––most monumentally, his work is flooded with memories from his childhood with a volatile and often absent mother, Carrie, and a stepfather Lowell. “Fourth of July” and “Eugene” are two explicit examples of these vignette-style tracks. “Fourth of July” talks about a bright and proud holiday in a rather dark, eerie tone indicative of much of Stevens’ work. His childhood innocence is often tainted with drama and dishonesty, which shows through not only as he recounts these memories lyrically and in its musicality. In “Fourth of July,” an intense piano line plays over the more standard acoustic melody, providing a musical depth to mirror the emotional experience.

“Eugene” is a track that refers to the Oregon town Stevens and his family often visited growing up. Its easy, acoustic melody evokes the simplicity of the scene, and Stevens’ lyrics add emotional depth. With his ever-present refrain “I just wanna be near you,” Stevens speaks of his struggle to make interpersonal connections with his parents, with friends, and even with strangers. The track’s sudden, abrupt ending starts a trend for various songs on the record, their endings leaving listeners wanting more.

Despite these standout songs, much of Carrie & Lowell’s musical style is tired, dull, and overused. Nearly all the tracks follow the same pattern with a soft, acoustic guitar intro, a doubled vocal line, and occasionally an added piano part or some melodic background vocals. Far from bad, this pattern makes for easy listening. Nonetheless, it becomes repetitive and boring with time. The tone is set with the drawl of the first four tracks, “Death with Dignity,” “Should Have Known Better,” “All of Me Wants All of You,” and “Drawn to the Blood.” These songs are undoubtedly good, but they’re markedly similar.

“Should Have Known Better,” though, varies slightly in its more dramatic instrumentation that allows for both uplifting and dark emotions, and its complex ending.

Carrie & Lowell’s title track shows interesting instrumentation with a very rhythmic, acoustic strumming. Stevens’ vocals are more dynamic than they often are on the rest of the album, and the doubled vocal line, so characteristic of the rest of the record, is used more interestingly throughout. Demonstrating Stevens’ vulnerability and his sensitivity to emotion, this track clearly speaks to his mission for the album as a whole. It is more than entertaining listeners—it is engaging other human beings.

Ultimately, what this record lacks in musicality, it makes up for in heart. It is a lens through which to study a very interesting man with a poignant family narrative to share. Though it is no great feat of music and shows very little dimension in that regard, its value as a work is no lesser. Really, Carrie & Lowell just acts as art more than it acts as music.

album review carrie and lowell
‘Better Call Saul’ Still Leaves A Bit To Be Desired As It Wraps Up Its First Season
‘What Song Do You Sing In The Shower?”