Home » How To Keep Young Business In Boston 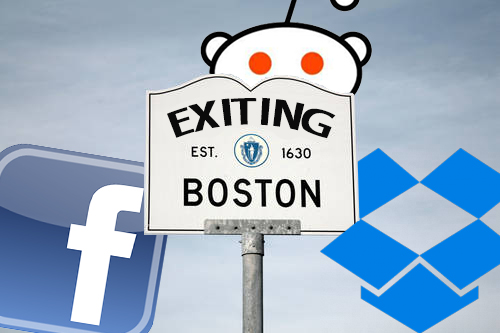 How To Keep Young Business In Boston

Jebbit traces its roots back to Shaw House in 2010, when Tom Coburn and his roommate Jeb Thomas, BC ’13, decided to collaborate on an idea for the Boston College Venture Competition (BCVC).

At the time, students could earn $10,000 for a successful project that would go toward initial funding of an idea (the amount has now doubled to $20,000). Coburn and Thomas created an online platform that worked to get consumers to engage with ad content and truly understand a company’s message. The idea was sound enough to earn the team a first-place tie at BCVC competition.

Immediately, the team got a taste of what the Boston startup culture has to offer with the help of the engaging entrepreneurial community and John Gallaugher—who serves as an Associate Professor of Information Systems in the Carroll School of Management and works closely with student entrepreneurs.

“Professor Gallaugher was key in getting us off campus and into the city,” Jebbit COO Jonathan Lacoste told me in an interview. “Tom and I would commute to Harvard I-Lab or Venture Cafe most nights and shake hands, swap business cards, and eventually meet many of our first customers.”

The Jebbit team went on to take a leave of absence from BC and participate in TechStars, a prestigious startup accelerator in Boston that would provide them with $100,000 in additional financing. Now, the BC-rooted startup has raised over $2 million, and partnered with big brands including Coca-Cola, Spotify, and Bose.

Other BC ventures including Drizly and NBD Nano have both raised over $5 million and been hugely successful. These students started out with little idea of how to found a business, but broke into the Boston tech scene by attending events on campus, networking with standout alumni, and getting into the city to do the nitty gritty work of spreading the name of Jebbit around the community.

These success stories are clear indicators that now, more than ever, is the perfect time to start a business in Boston. The entrepreneurial culture that has evolved recently in Boston has set the city up as a startup powerhouse contending with the likes of Silicon Valley.

“The Boston of today is very different from the Boston of a few years ago,” Gallaugher said. “Years ago, all the venture folks were in Waltham or Rt. 128. None of the students could get to them, and there were few activities downtown.”

Now, Boston and Cambridge host a number of leading venture capital firms, as well as thriving startup incubators like TechStars, MassChallenge, and [email protected] with a deep alumni base that are key in helping these ideas become realities. Kayak, HubSpot, and Wayfair are some of the local firms that are ushering in the next phase of student startups. Student-led investment funds like Rough Draft Ventures and the Dorm Room Fund are backed by leading venture capital firms and are also giving students opportunities like never before. Many of these organizations work directly with student teams, help them hone their ideas, understand the market, and get them ready for accelerators or minimum-viable-product launch.

It’s great when a number of these new companies emerge in the Boston tech scene, but the problem is that many of them leave right after they hit it big. Facebook, Reddit, and Dropbox are just some of the big names that have Boston roots, but later opted for opportunities in Silicon Valley and New York City.

So why is it that many of these companies leave Boston after having such a successful start here? It’s clear that we have a great entrepreneurial community, but what is missing?

“A big consumer-focused anchor business,” Gallaugher said. “We’re the strong number two [city] nationally, but distant when you consider that the Bay area has Apple, Google, Facebook, and San Francisco alone has Twitter, Uber, Airbnb, and so many others.”

Gallaugher argues that the reason why the consumer is important is that we have had many of these billion dollar “exits” from Boston. We need something that will stick around and be attractive to students. When given the opportunity to work at a firm like Facebook or Google compared to a firm working in “enterprise search” (a product most people probably have never heard of), the big tech giants win hands down. Young graduates want to work at firms that their friends and families understand.

Part of the problem is that Boston startups need a powerful press presence. TechCrunch, PandoDaily, and Re/code are the go-to sources for all tech-related news, but they are all based in Silicon Valley. BostInno has been a local cheerleader for many startups, but a majority of the news is lopsided toward the Valley, and this leads to a misunderstanding of industry leaders.

“Many think Yelp is the biggest player in recommendations, but TripAdvisor (located in Newton and whose CEO has spoken to our students) has more revenues, is more profitable by far, and has a bigger market value,” Gallaugher said. “Outlets like Pando and TechCrunch cover Yelp more, further skewing the perception that San Francisco outclasses Boston. We’ve got to fix it.”

With the talent coming out of Boston, we really have no excuses. We have the education. We have the opportunities. We have the mentorship. We’ve developed an entrepreneurship community that has the potential to usher in the next Facebook.

More startups are emerging each week, but can we keep them here?