Home » Lessons Learned From The Stands 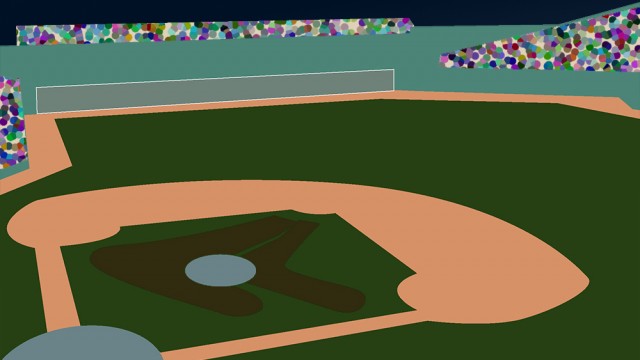 Lessons Learned From The Stands

An excerpt from my college supplemental essay to Boston College:

Despite growing up in a town five minutes outside the heart of downtown Boston, I am eager to move closer to the city that shaped who I am today—a city so rich in culture and pride that yearns to be discovered.

I have learned three things from rereading this sentence two years later. (1) Sometimes, cliche notions of exploration work in the eyes of admissions directors. (2) It was destiny that I become a columnist for the Metro section. And (3) I’ve come a long way in my writing.

What is unique about Boston is the city’s sense of pride—a quality with origins in the Revolution, and the most powerful recent example of it being the determination of Boston and Watertown police departments back in April of 2013.

I witnessed or heard about these events—I was not present, I didn’t feel the sense of responsibility or call to action that the brave men and women involved did. The one place I do feel pride and the only place where I truly embrace the “Boston” within me is Fenway Park.

For years, I’ve been embarrassed by my sometimes slip-of-the-tongue “ahs” when I get in my cah, always making a conscious effort to over-enunciate my Rs. I blush whenever I reveal a hint of my inner aggressive driver. I try my best to cover up my inner “Bostonisms,” but the one place they are revealed is at a Sox game.

The Red Sox organization is rich with spirit and knows what it means to hold tradition dear. Having not won a World Series for 86 years, tradition was the only thing that people could count on for a long while.

From the choruses of “Sweet Caroline” in the eighth inning, to the decadence of the Fenway Frank, to Jerry Remy’s sweet sounding voice on the television giving us the play commentary, to yelling “Yankees Suck” even if we are playing Tampa Bay, Boston knows what it means to keep traditions alive. And for a long time, this was done with great intention, as tradition needed to be followed in order to win.

I remember when the Red Sox broke the curse in 2004, winning their first world series game since 1912. My family had a ritual: we would all sit and watch every game together, in the same spots of our living room, and could not move until the game was over. We would eat a bowl of Ben and Jerry’s Reverse the Curse ice cream in the seventh inning. If the Sox were losing, we would put on our rally caps, wearing our baseball hats inside out.

And, most importantly, my dad would wear “the shirt”—the coveted T-shirt he bought that fateful spring of 2004 and wore to every game he attended. Every time dad wore the shirt, the Red Sox won. It was a lucky ritual. My family and I like to take responsibility for that winning season.

It was because of us and what some might call our silly traditions that the Sox won the World Series. These traditions brought our family together, and inducted my young sister and I into Red Sox nation, as we became part of the crazy, superstitious band of devoted Sox fans.

Almost every time my dad bids farewell to his friends, he can be heard yelling, “Keep the faith!” I heard my dad say that expression more times in that 2004 season than I had throughout the rest of my life. Being a Sox fan, desperately waiting for championship series win for 45 years, he finally experienced a win for what seemed to have been the most cursed team in baseball.

He experienced the heartbreak of Bill Buckner’s “between the legs” ball miss in the 1986 World Series against the Mets, he watched, year after year as the Red Sox struggled to find its footing and win some big games. But he never gave up.

He was faithful, and kept supporting the team that meant a great deal to his city. Yes, the Red Sox have a tendency to disappoint, but it’s because of its faithful that Fenway is sold out, game-after-game.

My dad inducted me into the Nation by allowing me to experience the pitfalls and successes of the team. I remember once when I was younger and my dad and I went to a game that the Sox lost, I started to cry (I was young and didn’t, still don’t, like to lose). “That’s life, you win some, you lose some, but you don’t give up,” Dad said. There’s always a lesson in baseball, somewhere in the game. And that’s what my dad taught me about the Red Sox franchise: you can lose your favorite players (I still love you, Jason Varitek) and you can lose a few games, but you always have hope, traditions, “Sweet Caroline” choruses, and Fenway Franks.

With the beginning of the season upon us, it’s time to look back and embrace the traditions that allow us to be sports fans of any kind. It is within these traditions, these yearnings for success, that we feel a sense of pride and ownership in regards to our teams. It is through my experience as a Red Sox fan that I feel committed and dedicated to anything today.

My dad continued to wear the shirt, even after the shirt faced its first loss in its 2005 season. The shirts might let us down, the Sox might let us down. But traditions and pride hold true and shape the people we are today. “No matter what happens,” Dad would say, “The Sox are always there.”