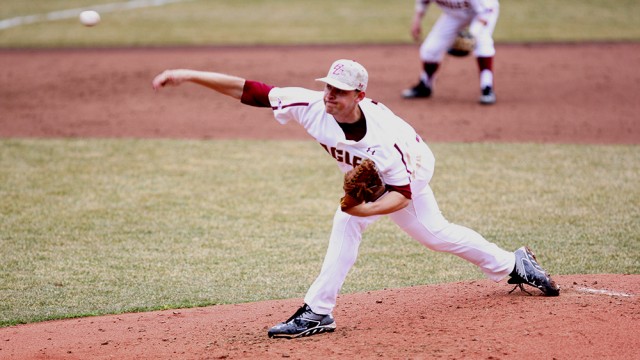 It’s not as easy as it once was to convince someone to go out to a ballgame. Weigh the options: on the one hand, pay a fortune in ticket prices and parking to go sit out in the elements for three and a half hours, while only having enough cash left to drink one 12-ounce beer costing as much as $7.75 (that would be Fenway Park). Or, on the other, watch nearly life-sized players compete from innumerable different angles on a high-definition flatscreen, all from the comfort of your own home (with the cheapest brews you can find!).

The wrinkle is, there are a number of small things that you don’t get through a television broadcast. Namely, many smells and sounds of the game are lost, replaced by the announcers’ commentary. Thanks to the barrage of advertisements that networks squeeze in between lulls in the action, one of these lost things is warm-up music—perhaps insignificant to the result, it still brings personality to the game. Nothing, for example, could have eased the nerves of a true Yankee fan in the 2000s more than “Enter Sandman,” the music choice of lights-out closer Mariano Rivera. As it is in the pros, Boston College baseball’s pen features a variety of tastes, ranging from Jimmy Buffett’s “Volcano” (Jesse Adams) to Florida Georgia Line’s “Good Good” (Nick Poore) to Justin Bieber’s “One Time” (Trever Massey).

In a Friday afternoon series opener against Clemson (17-17, 8-8 ACC), perhaps the most relevant choice for each of BC’s (15-17, 5-10 ACC) six pitching changes would have been one of Queen’s classic hits: “Another One Bites the Dust.” After logging a decent five innings of work and giving up three runs, head coach Mike Gambino pulled starter Mike King in favor of John Nicklas, a right-hander who, with three saves this season, is tied for the lead on BC’s closer committee. From there on out, it really didn’t matter who BC threw out to pitch. In fact, Clemson scored in each of the last six innings, highlighted by a five-run seventh that propelled the Tigers to a 15-6 rout.

King started strong on the mound for the Eagles, retiring the first eight men in order before giving up a base knock to Clemson’s nine-hole, Tyler Slaton, who would go 3-for-4 with a walk and three runs on the afternoon. King only gave up two earned runs on two real mistakes—back-to-back doubles to the heart of Clemson’s order in the fourth. With the exception of a 13-pitch second, King didn’t have any easy innings. Gambino has been slowly stretching out the newly-converted starter all season, and once King left the mound in the fifth with 85 pitches, he decided to go to the pen.

“We like him around 90,” Gambino said. “If he’s cruising and they’re easy, a little higher. If they’re not—there’s a difference between city miles and country miles.”

The trouble picked up at once. Nicklas walked the first batter he faced, allowed a sacrifice bunt, and then a double off the wall in left. After Nicklas picked up a strikeout on the next batter, Gambino went to the left-hander Tyler Hinchliffe for the final out. In the next inning, however, Hinchliffe allowed two hits and a walk before giving up a bases-clearing double. The next batter—faced by right-hander Brian Rapp—hit a two-run homer.

Kevin Connor and Carmen Giampetruzzi would each go on to give up three earned runs of their own over the course of the final two innings. The brightest spot from the pen was the freshman Massey, who struck out three of the four batters he faced (he allowed one RBI hit, driving in runs credited to Connor).

“Leaving balls over the middle of the plate against a good hitting team,” Gambino said. “You do that, that’s what happens.”

On the other side, Clemson’s Matthew Crownover lived up to the 1.33 ERA he entered with, hurling six shutout innings. Though he allowed just three hits, BC drew four walks, and succombed to only one 1-2-3 inning. The Eagles’ best chance—the fourth inning, when they had runners on second and third with none down, and eventually bases loaded with two out—came to nothing.

It wasn’t until the final two innings, when the Eagles looked up from a 12-0 deficit and had pinch-hit for nearly every player in the lineup, that they finally got on the board. Freshmen Jake Palomaki, Anthony Maselli, and Mitch Bigras combined to go 4 for 5 in the last two frames, scoring five of BC’s six runs.

Of course, for the Eagles, it was “Too Little Too Late.”