Over 1,500 people gathered in Brighton to walk 2.6 miles around the Charles River on Sunday morning—each step a statement against sexual violence. Walk for Change, hosted annually by the Boston Area Rape Crisis Center (BARCC), brings together a host of Boston residents and area students each year, with turnout this year from 18 colleges and universities in the Greater Boston area. Among this year’s participants were several Boston College students.

For Haley Sullivan, the development intern at BARCC and A&S ’15, the walk was more than an event that raised funds and awareness—it was a chance to see the impact of her work come to fruition as she walked alongside survivors, families, and members of the Boston community. Sullivan recruited and assembled the BC team at Walk for Change, which included 42 participants. Of the $615 raised by the BC team, Sullivan was responsible for $595.

“With sexual violence so prevalent on college campuses, I thought it was important to get BC students involved in sharing the success of BARCC’s efforts and celebrating the resilience of survivors in our own community,” Sullivan said in an email. “Such a strong showing of supporters was also an important reminder that sexual violence does not just affect survivors; its consequences extend to parents, siblings, friends, and other loved ones.”

Sullivan credited Kaite O’Dair, the Title IX Coordinator at Boston College, with aiding in the success of the BC team, as she sponsored the walkers by paying for the registration fees. Sullivan also noted the support of the Undergraduate Government of Boston College.

Walk for a Change is a benefit walk hosted annually during Sexual Assault Awareness Month. The event brings together nearly 2,000 survivors and supporters within the Boston community—including various universities, companies, and agencies—to increase awareness about sexual violence prevention and to raise funds for the BARCC.

“It is meant to publicly gather people in support of survivors and help educate the community about the impact sexual violence has, not only on survivors, but all of us,” said Kim Sebastiao, development manager for the BARCC, in an email. “The Walk also raises critical funds to support BARCC’s free services for survivors and the community.”

The BARCC was founded in 1973 as a rape crisis hotline by a handful of individuals, and has since grown to a nationally-acclaimed crisis center that provides a plethora of free services relating to issues of sexual violence, including a 24-hour hotline, 24-hour medical advocacy, individual and group counseling, case management, and legal advocacy. The center also provides community education and prevention services through various programming, including outreach, training, and partnerships with companies and communities.

The center provides these free services to thousands of survivors, friends, and family. By the numbers, in 2014 the BARCC received 4,723 hotline calls, held 2,691 individual counseling sessions, 1,026 sessions of legal help, 1,167 sessions with a case manager, met 386 survivors at the hospital, and held 321 community events reaching 15,986 people.

The BARCC is the only rape crisis center in the Greater Boston area, as well as the oldest and largest center in Massachusetts.

Walk for Change began 10 years ago, and has seen significant growth since its inception, both in the number of participants and the amount of dollars raised. This year, the BARCC hoped to raise $137,000 at the event. The amount of funds raised surpassed expectations, totaling at just over $154,000.

“The heightened media coverage of the issue has opened the conversation more, which we think attributed to this year’s incredible turn out and fundraising results,” Sebastiao said.

The funds raised from Walk for Change go directly towards funding the BARCC’s free services for survivors of sexual assault.

“The BARCC team put together a beautiful event–one that fostered an environment of love, validation, and empowerment,” Sullivan said. “The Walk for Change is one step toward creating a culture that believes survivors, supports their recovery, and does not tolerate the perpetration of violence.” 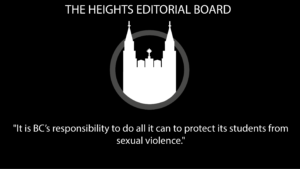 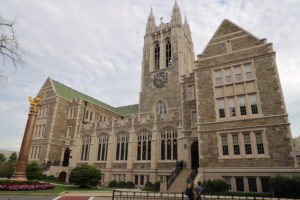 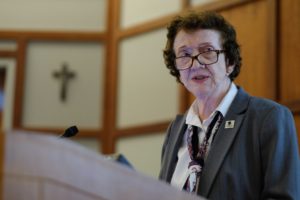