Home » The Effects Of The Rolling Stone’s Failure 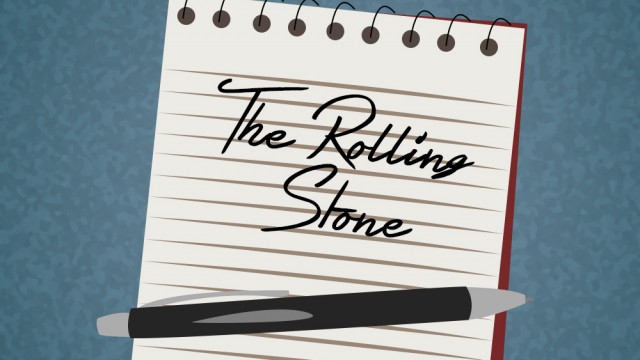 The Effects Of The Rolling Stone’s Failure

A little more than a week ago, Rolling Stone Magazine retracted its headline-breaking article entitled “A Rape on Campus,” which covered the alleged gang rape of a University of Virginia student. The magazine pulled the article after a tremendous lack of evidence to back up the allegations. The recent and complete retraction concluded a painfully drawn-out nightmare. Well, scratch that. Phi Kappa Psi has threatened to sue Rolling Stone Magazine. We might be far from the end.

The failure shed some light on the tremendous role that reporting has on social activism. Even though reporting is unbiased—or ought to be—the power to influence a country-wide discussion lies in the selecting of stories that are out under national spotlight.

The author of the article, Sabrina Rubin Erdely, contacted a staff member at the University of Virginia looking for an emblematic case that would show “what it’s like to be on campus now … where not only is rape so prevalent but also that there’s this pervasive culture of sexual harassment/rape culture.” Clearly, she was fishing for a provocative article that would spark deeply needed conversation. It is important to realize that her intention was not necessarily to directly help this one rape victim, but rather to use her case to display the atrocities of sexual assault on campus.

But the case was poorly chosen, and from the beginning the reporting was riddled with flaws and blatant signs of contradictions and inconsistencies. At this point in time, I am in no place to pronounce myself a qualified judge of the legitimacy of the story, and neither is Mrs. Erdely. But as someone who is about to report on such a controversial topic with the goal of sparking conversation, she must consider how the article will be perceived by the general public. Her fault was in her failure to recognize the confusion surrounding the situation. Even though this victim absolutely needed to be heard, this wasn’t what Erdely set out to do. She wanted to attract national attention, something paramount for any hope of change.

At the end of the day, it is unclear what really happened, and the incertitude of the situation led to individual speculations, and reinforcement of preconceived ideas. It’s so easy to look at this article and take away points that are unrepresentative of the situation: that girls cry wolf, that fraternities don’t fuel the problem, that the rape issue might not be as significant as it has been played out to be. Next time a similar situation arises, the UVA case will undoubtedly be brought up to create some skepticism in regard to the legitimacy of the situation.

It’s undeniable. Even though Boston College is leagues away from perfection regarding sexual assault on campus, it has taken the initiative to further awareness of it. Media also has a power to fuel the movement. It must uncover the stories that demonstrate the issue at hand, in which the facts are scrutinized by the publisher so the state of our campuses can be scrutinized by the reader. Some rape cases aren’t so crystal clear. But there are definitely ones that aren’t shrouded in mist and confusion, ones that are better suited to capture the spotlight and be placed under national scrutiny. Rolling Stone Magazine and Erdely, as members of the movement, have an obligation to recognize that.

As this case made the headlines, it took the attention away from many other cases, cases that I feel deserved more attention. Look at Yale, Harvard, and, more significantly, Florida State. These cases seemed to have slipped past us, while this particular case captured tremendous attention. There is definitely caution that needs to be exercised, for such failures tarnish the reputation of the movement, something that has taken so much work to build up.

It’s time for media to acknowledge their role in the campus rape epidemic. Even though all victims should be heard, not all cases should be placed under such a bright spotlight. Reporters must exercise caution when choosing these cases. Rolling Stone, Erdely, and one poor UVA student learned this the hard way.