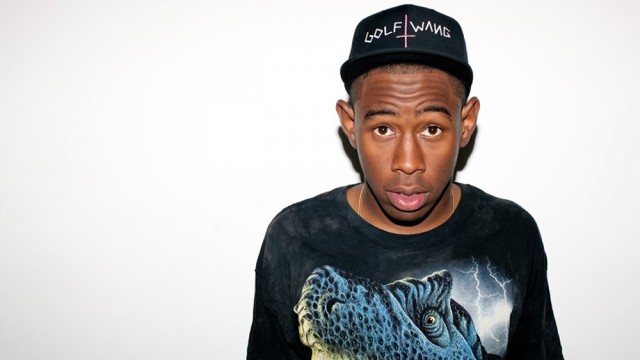 Tyler, The Creator thinks so highly of his work on Cherry Bomb that it’s difficult to tell how serious he is. In “DEATHCAMP,” the album’s opening song, he muses, “Named the album Cherry Bomb / because Greatest Hits sounded boring.” Later in the album,“SMUCKERS” boldly claims (with the help of guest performers and renowned self-promoters Kanye West and Lil’ Wayne), “Cherry Bomb, the greatest f—king album since the days of sound.”

But what makes Cherry Bomb unique is how unabashed Tyler is, how he creates these audacious, swear-ridden tracks with an implicit chuckle. The rapper has developed a reputation for ticking off critics, and he knows it. “I can’t wait to see the look on y’all niggas faces / That boy T is nuts, surprised his thoughts isn’t chaffing,” he says on “BUFFALO.” It’s almost all a joke to Tyler, The Creator—we are never quite sure what is genuine, and what is just there to get a rise. The masterstroke of Cherry Bomb is that nagging possibility that it’s all a joke, that the album’s explosive claims may be nothing more than flashy, low-consequence entertainment like the firework it is named after.

Cherry Bomb is a formidable production: thick and layered, messy and dirty, filled with everything from synthesized patches in “DEATHCAMP” to sultry and jazzy horn lines in “2SEATER.” The album is littered with distortion. The drums, the patches, the vocals all have an implicit, distorted growl. It never gets stale though, and Tyler makes a concerted effort to try new formats and transitions. His songwriting has grown more varied.

In “2SEATER,” the smooth and dreamy arrangement, highlighted by horns, strings, and heavenly backing vocals, cuts off suddenly to a conversation between Tyler and a girl in a car. Tyler angrily says, “The f—k you turn my music off for?” The girl responds that she wants him to roll the window up, and he responds “But I love it when your hair … ” and the song returns suddenly on the word “Blows,” this time driven by piano. Maybe it’s creative and grandiose, or maybe not. Maybe it’s just flashy, and maybe Tyler knows it’s a bit heavy handed. But that’s exactly the point. Either way, he’s in your head.

Beginning with the seventh track  “BLOW MY LOAD” (the subject matter being exactly what it sounds like), a recurring motif is introduced. At the end of the song, a radio jingle plays, and we are to understand the next half of the album as a collection of songs played over a car radio as Tyler and his girl drive. The thematic purpose of this decision is a little hard to determine, and it’s unclear whether every song is supposed to be understood as a part of this scene-within-an-album. Like everything else, it could be an audacious aesthetic. But if you don’t think too much about it, it makes for an entertaining listen, taking many creative turns, all in the context of a well-produced collection of exciting raps.

Of course, there is a real possibility that these songs really are grandiose, self-conceited, heavy handed, and a bit over the top. There is a significant chance that Tyler, The Creator is sitting somewhere writing these songs in complete seriousness and earnestness, believing he is somehow changing the world and the music industry. And that latter point is fine—but it’s just better to think he’s doing it with a sly smile. And if one thing is certain, it’s that regardless of his intention, he doesn’t care at all about what critics have to say or think. He’ll continue his audacious ways, smile or no, unable to contain himself at the thought of what our faces will look like.

tyler the creator
Interdisciplinary Classes Available To Freshmen This Fall
From Sneakers To Cans, Brendon Anderson Redefines His Marathon Run Through Recycling 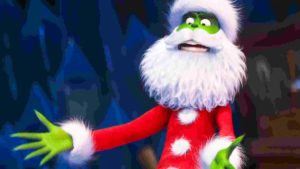 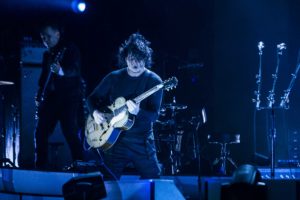