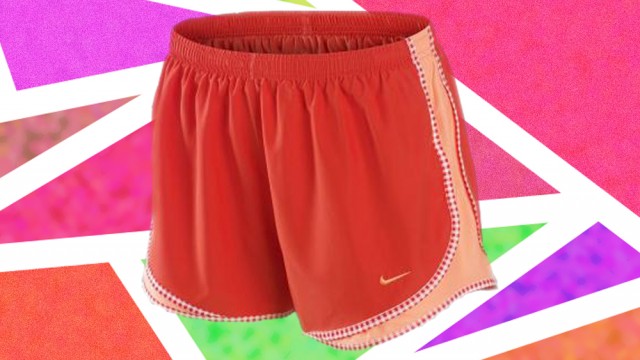 Although I have only had the opportunity to live through the insanity of two Marathon Mondays at Boston College, those two hazy April days have taught me a few things.

First, breakfast is really the most important meal of the day—unless you want to end up in the backseat of an ambulance before the elite runners even make it to Heartbreak Hill.

Second, I learned that the accepted idea of wearing tank tops during even the latter half of a Boston April will always be ambitious.

And third, I learned that no matter how hard I try to stifle back the tears, at some point during the day I will, most definitely, cry.

Call me sentimental, but I’m not typically the crying type. Of course Marathon Monday offers some outside influence to almost the entire campus’ normal state of mind, but these aren’t just mimosa-induced tears. I didn’t expect it last year as I stood along Commonwealth Ave., eyes welling up at the sight of so many runners who didn’t have the opportunity to finish the 2013 race bound past Mile 21. This year was no different.

After an early morning, I stood at the corner of South St. and the Marathon Route. Proudly donning a camouflage bucket hat and my rain coat (you couldn’t keep it together for just one day, Boston April?), a few of my roommates and I had just left our friends’ apartment to cheer on the runners.

The elite men’s and women’s heat had already passed our corner location, and by that time were just minutes from the finish line. The race had begun to pick up with a sea of men’s qualified runners stampeding down Heartbreak Hill. I was fumbling with my phone, at that point slippery from the cold drizzle, scanning through the picture series my roommate and I had just been a part of, giggling over which we would later upload to Instagram.

A car almost screeched to a halt in front of us. Though the T was running on certain intervals, the non-Marathon side of Comm. Ave. was almost empty except for the four door compact car that caught our attention. Two women scrambled out, and the car pulled away.

One held a blown-up image of a man’s face on a stick, which is not uncommon to see along the Marathon Route. Her disposition, however, was. She looked sad and cold, and turned to my group of friends almost hopelessly asking if we had seen the face she was carrying run by.

It was her husband, John. He was wearing red shorts, green shoes, and a yellow shirt and she was afraid she had missed him. While she frantically discussed her options, such as just making her way towards the finish line, my three friends and I scanned the throng of runners. Only black shorts, yellow shoes, red shirts.

After 20 minutes of searching, we wished her luck and parted ways. We headed back to campus, more concerned with finding a place to make our way back across the street than finding the lonely wife’s missing runner. In the manner of typical BC students, we stopped for a few more pictures and debated the merits of waiting in line for El Pelon. Mid-conversation, one of my roommates stopped silent.

The funny thing is, I hate running. I can’t ever imagine myself participating in a Marathon, let alone can I really appreciate the amount of effort that goes into training for and running one. I don’t see how anyone can enjoy pushing themselves to the point of complete physical exhaustion, and I think it is ridiculous that anyone would spend months working up to it among feet of Boston snow. But one other thing that my two Marathon Monday’s have taught me is that the Boston Marathon isn’t just about running.

When I saw the smiling face of our now-found runner turn—very evidently confused as to how we knew his name but excited nonetheless—I didn’t cry because he was just five miles away from the finish line. I never even considered how many hours he had put in to this one day. I didn’t think about how hard those 21 miles must have been, as he was dripping from rain. I cried because at that moment, John, his wife, and my roommates had established our own kind of community.

Cliche as it may be, the Boston Marathon is more about the community than the running.

It is why so many still stood on the side of the route in the freezing rain, why my Organizational Behavior professor can make jokes about other kinds of Marathons that day, why so many contributed to one runner’s quest for cans, why a city stood stronger after a day of horror, and why you feel that tear-jerking, all-encompassing, stomach-lurching warmth when a runner smiles as you cheer from the sidelines.

Marathons, in theory, are terrible—the event began as an ode to a legend who couldn’t physically survive running the distance. Meb Keflezighi, last year’s Boston Marathon Champion, threw up five times before he crossed the finish line on Monday. Though it was well under his usual time, this year’s Marathon finish may be his most memorable as he crossed onto Boylston St. hand in hand with fellow American elite runner, Hilary Dionne. From runners, to spectators, to wives, to roommates the Boston Marathon is a shared experience. All the way from Hopkinton to the Boston Public Library, it is a city-wide unifier—a feat that I think warrants a few meaningful tears.