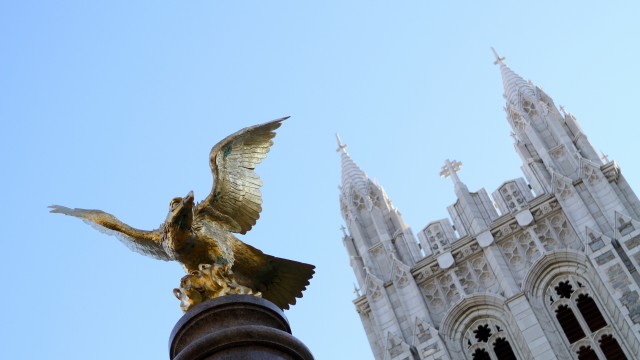 Finishing What You Start – Patriots’ Day, better known to Boston College students as Marathon Monday, was an exceptionally good time, even with all of the rain and cold that continued into the afternoon. The day is so revered that students don’t seem to mind waking up at 6 a.m., and many spent a good portion of their days down by the race, cheering on those that went past. It’s one thing to be in awe of those runners that ran by first—those that pump out successive sub-five minute miles like hotcakes for the final leg of the race—while you’re standing there drunk with your friends, but it’s another to appreciate the work of Maickel Melamed, who was the last person to finish the Boston Marathon this year. It took him nearly 20 hours. Melamed has a rare muscular condition, which made every step a challenge—he constantly fell and had to be caught by the supporters that surrounded him. Maickel serves as inspiration for not just people affected by similar muscular conditions, but all people. He is able to say he finished the Boston Marathon, and after Mayor Martin J. Walsh, WCAS ’09, recognized him at a post-marathon press conference, he has the medal to show for it. No matter what ailment someone has, it’s all about finishing what you start, whether it’s a marathon, or this semester.

Trailers Galore  – It’s a nerd’s week, without a doubt. Star Wars Episode VII, Batman v Superman, Fantastic Four, and Ant-Man all released new trailers over the past week, and while the former two don’t come out for sometime (the second in the list not for another year), it’s still never a bad thing to get oversaturated with this kind of content. In our day and age, movie studios spend unthinkable amounts of money on creating and marketing these tentpole films (upward of $150 million, most of the time), so they do deserve your recognition, even if you don’t like the subject matter. And there’s nothing that can get the blood pumping like a well-made trailer.

Looking Forward – With Marathon Monday out of the way, there’s only one thing to start thinking about … finals. Also, the fact that graduation is less than a month away for you seniors (cringe all you want, the date is not going to change), and the great junior divide spurred on by study abroad means that this is the last couple of weeks that the sophomores will be together as a class until senior year, and, especially, a whole new cohort of freshmen are only months away from trying to convince themselves that living on CoRo isn’t all that bad.