Home » BC Gamers Compete For $25K Prize In Los Angeles 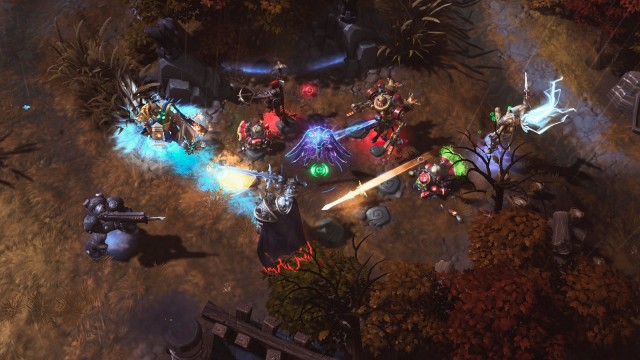 On Campus, Off Campus

BC Gamers Compete For $25K Prize In Los Angeles

The team of five Boston College undergraduates practices a few hours each day, while some of its competitors practice up to eight. This Sunday, the BC contenders will be flown to Los Angeles to compete in an international competition—not for a physical sport, but in video games.

The five students—captain Aristidis Vasilopoulos, A&S ’15, Andrew Fabiano, A&S ’16, Chris Choi, A&S ’16, Paul Oh, CSOM ’16, and Jeffrey Yi, CSOM ’16—have reached the final four round of a tournament for the game Heroes of the Storm. The tournament, called “Heroes of the Dorm,” is marketed to college students. Essentially, it is a publicity event hosted by Blizzard Entertainment, the parent company, to market the not-yet-released video game, Yi explained.

If the team wins, all five members will receive $25,000 of scholarship money for each year they have left in school. 889 teams registered for the tournament, coming from 462 different schools with five members in each group. The average age of a player in the tournament is 21.

Right now, the team has about a 20 percent chance of winning the whole tournament, Choi said. If the team beats ASU, their chances will jump to 50 percent.

The majority of the team members had never played the game prior to entering the tournament. They had, however, played similar games in the massive online battle arena (MOBA) genre, like League of Legends and Heroes of Newerth. The game is currently in beta version, and requires an invitation to play. The tournament is working to promote it in an industry already saturated with similar games, Yi said.

“Everyone’s heard of the game because it’s widely regarded in the gaming industry so everyone was excited to try it,” Yi said.

Vasilopoulos, Fabiano, Choi, Oh, and Yi are the self-proclaimed underdogs in the tournament. When they broke into the final four, other teams complained that, in the style of March Madness, their brackets were ruined. Despite the lack of previous experience in the game, the team felt confident they were accomplished in similar games. Going up against more serious competitors boosted their preparations, Vasiopoulos said.

“It helps us focus more to prepare for the other teams because we know that they’re supposed to be good,” he said.

Throughout the day, the team keeps a chat open to intermittently discuss strategy, but they tend to practice for a few hours a day late at night, after finishing homework and other responsibilities.

Most of the strategy of the game is guessing what the other player will do—communication is key, Yi said.

Each of the team members acknowledges that they have brighter futures than simply becoming professional gamers, although Oh pointed out that users on Twitch, a social media site for video games, can make six figures in a year.

If the team wins the entire tournament, Oh expects he will also win the $10,000 fantasy bracket. He plans to use that prize money to invest in a gaming-related start-up.

“I was going to relate it to the game industry because that’s what I have the most experience in,” he said.

Yi plans to go into finance, Choi into logistics, and Fabiano into neuropsychology research. Next year, Vasilopoulos will head to the University of Wisconsin to complete a Ph.D. in chemistry. For now, however, they all anticipate the trip to Los Angeles to be the highlight of the tournament.

“Being able to play in a competitive environment where you can communicate well and build on each other—I think thats really fun,” Vasilopoulos said.

Heroes of the Storm gaming MOBA
‘What About This Monday Are You Least Proud Of?’
White House Key Advisor Named Law School Commencement Speaker