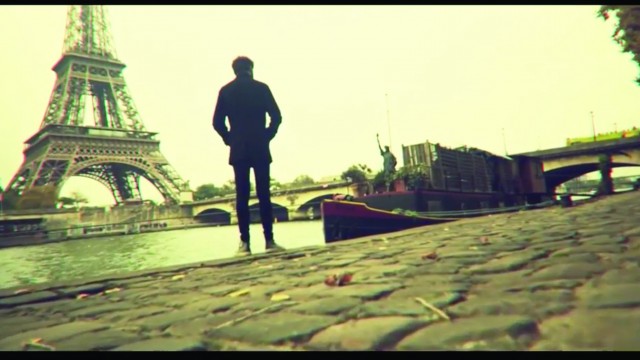 Featuring breathtaking shots of some of Europe’s most beautiful cities, Passenger’s “Catch In The Dark” (coming off of his newest album, Whispers) attempts to inspire wanderlust with a poetic video that shows off various venues he visits while on tour.

Sweeping shots of Big Ben, the Eiffel Tower, and other majestic monuments are awe-inspiring aspects of the video, while serene shots of mountaintops and pedestrians strolling down quaint Dublin streets pair well with Passenger’s soothing vocals. The video is a picture-perfect montage of sites on the other side of the pond.

Unfortunately, the video often strays far from its intended artsy simplicity and errs closer to an artificially edited piece inundated with instagram-inspired color filters that are applied to every scene. The lack of plot combined with awkward close-ups of Passenger’s face make for a decidedly mediocre music video. Had the video’s content extended farther than footage of various women reading books in scenic cities and frequent shots of Passenger casually climbing atop a parisian carousel, producers could have created a more captivating and intimate look into the charm these European sites offer residents and tourists everyday.

Simply stated, the “Catch In The Dark” video is like a calming, 4-minute-and-1-second travel advertisement that does little but evoke feelings of adventure within viewers. Despite omitting any kind of a solid storyline and evidently trying too hard to be Tumblr, Passenger succeeds in creating a sweet video of popular European hot spots.