Home » A Letter From The Future 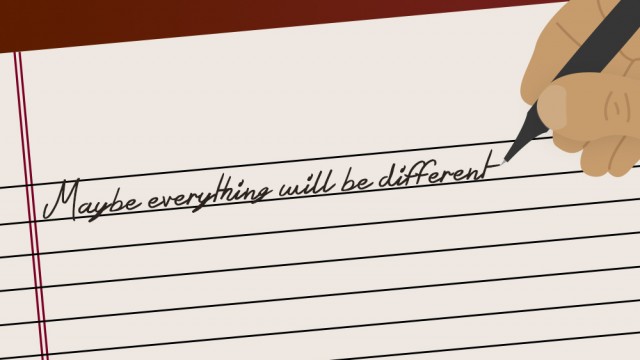 A Letter From The Future

Abstract: This article posits the final Heights opinions column written by a student in the class of 2035. He refers to a columnist who used his own last column in 2031 to write a letter to the class of 2039. The class of 2035 writer recounts what the Letter to the Class of 2039 meant to him in 2031, and evaluates the advice and predictions for 2039 offered in the Letter. All right? I’ve got 615 words left.

“Maybe everything will be different.”

You opened your Letter to the Class of 2039 with that quotation. It wasn’t addressed to me, but it hit me more than anything else I saw at my Virtual Admitted Eagle Day. The kid you were writing to had just turned. The two of us were leaving high school and college. I’ve been all three of those people now. All three are linked by that same lingering notion, the “maybe everything will be different” that always feels different. We’ve said it as an exaltation and we’ve said it as a lament.

Now that I’m the graduating senior I can clearly see how it feels to stare at the “maybe everything will be different” with the feeling of lost time and things long passed rather than the boundless promise of turning 18. For you there will always be off-campus darties. I’ve only heard passing jokes about the recent demise of Che-Chi’s. And your people used to go to more than just football and soccer games.

Maybe everything will be different. I think the Mods will be safe. Every year seems to be the last year of the Mods, but I can rest easy knowing Boston College still understands some things are sacred. All 28 Mods are a campus treasure and will stay that way. They’re as much a part of BC as Gasson or all three Meatball Obsessions.

It’s funny what things change and what things don’t. You were wrong about the dining halls. They’re worse than ever. There has to have been a time where they weren’t like this—shilling out silly money for ever-diminishing returns. You said there would be a reckoning for a lot of the BC administration’s practices that the students wouldn’t stand for it. I’ve never known the students to not stand for much. The student body must have been different in the 20s. You may yet be dead on about the music though. Maybe by 2039 your pop artists like Bellistick and w0rdplay will play Modstock when their stock has dropped. They’ll never match our Modstock though. I’m sure 2031 is kicking themselves that they weren’t seniors in 2035 for Juicy J. And of course you were right on Leahy.

The procedures make him look younger than ever.

Also everyone eats at Flatbreads now. I guess it’s just a 30s thing.

I worry for the 2039 kids. Maybe everything will be different. They’re not 2010s kids like we were. You never could have predicted how sheltered this new wave of kids would be. The BC bubble will smother them. The skyscraper dorms they’re throwing up where Walsh used to be are more than enough to comfortably accommodate a student body for whom voluntary off-campus living has become a rarity. You’ll find only a handful of BC kids choosing to forego nicer rooms to live farther away from the dining halls, a choice many students meet with a suspicious “Oh.” You warned 2039 that they would come to feel trapped, though only now do I understand your warning. In your time as in mine, BC has tended towards closing things off, restricting movement, and discouraging behavior outside of the controlled and normalized.

When you finished your letter you tried to pass on the things you wish you’d known coming in to college. I find myself trying to do the same thing with my final column. Every columnist has to do a “lesson” piece on the way out. You told the future that picking best friends meant picking people who offered truly different perspectives. You told the kids to rent your house on Foster (they won’t). You wanted the next young kid to know that the answer to most questions in life is “yes, kind of.” I agree, sort of.

advice nate fisher
TU/TD: Last Week Of Classes Is Upon Us
The Lyons Den: Rethinking The Name Of The Rat 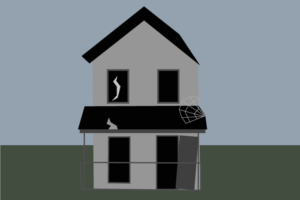