The banana bread didn’t rise properly the first time—but by the third attempt, the chocolate chips were evenly dispersed, with a thin crust on all edges and a taste reminiscent of home.

Now, chocolate chip banana bread—soon to be introduced to The Chocolate Bar—is one of the many new recipes Timothy Fonseca is bringing to Boston College Dining Services as the new executive pastry chef.

“Beyond the desserts and treats, I am also very interested in the overall dining experience for BC students, staff, and guests,” Fonseca said. “Something as simple as the bread we use for sandwiches, while not a bakery-produced item, I may be able to influence a change to raise the bar.”

He sliced the fresh banana loaf on the pristine butcher block in BC’s bakery, located behind Eagles’ Nest. At 2:30 p.m., the kitchen embodied a calm, clean stillness. All the action that took place that morning—whether it was baking over 3,000 cookies for thousands of students or 12 specialty desserts for a VIP event—could not be detected by the cleared countertops and neatly-placed pans that lined the walls.

Fonseca was ready for a change—and the mixed orders and numerous locations of a college campus appealed to his search for a new challenge.

BC discovered Fonseca when he taught a cooking and pastry class at the Four Seasons and two of his students happened to be BC administrators. When they approached him with a job opportunity, Fonseca saw it as a chance for the change for which he had been looking, a new, invigorating moment in his career.

Upon being introduced to BC, Fonseca felt like a prospective student. “I came and visited the University, and I felt much like a freshman myself—touring around the campus,” he said.

Used to the homogenous audience of luxurious hotels year after year, Fonseca feels refreshed by the diversity of people he will serve at the University—individuals focused on athletics, students invested in any number of degrees, people of numerous backgrounds.

“Okay,” he said, “now this is different from just honing in on what we do at a hotel.”

Indeed, Fonseca is looking forward to serving a college audience, where students are intensely focused on studies and a bit more relaxed about the culinary side of his work.

“We’re trying to give people something that is not only going to nourish them, but maybe give them a little break from their studies—a little treat,” he said.

“The bakery team has to work as a unit and coordinate with each other on various recipes and components in order for everything to come together,” Fonseca said. “Baking and pastry requires a bit more precision than other aspects of everyday cooking, and even the slightest variation in a recipe temperature or the way something is mixed can affect the end result and quality.”

While Fonseca has been successful in bringing positive changes to the BC Bakery, and has plans for the future of BC Dining in general, he stressed the fact that he would not have as much success if he didn’t have an established, competent team in the kitchen when he started. “I walked into a great team—a great operation that had an existing reputation,” he said. “We’re building on what was already a great thing.”

Fonseca craves feedback on his work, and he has made the effort to reach out to BC students for their thoughts. In the fall, he sat in Corcoran Commons and gave out free cupcakes in an attempt to find out what the students thought about his changes. He also said that students approach him on a regular basis to say what treats they enjoyed, or, perhaps, didn’t like as much.

In his search for feedback, sometimes simple reconnaissance is the best and easiest trick in a chef’s arsenal.

“Just look at what they’re eating,” he said. 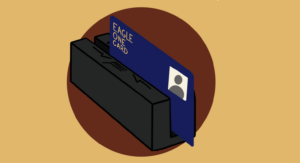