Home » Successful With Programming, UGBC Should Focus On Policy 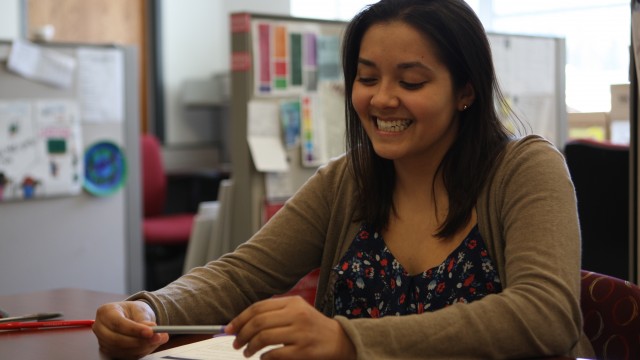 In the mid-year review, 122 of the 129 members of the Undergraduate Government of Boston College (UGBC) ranked Nanci Fiore-Chettiar’s administration positively, a sign of the organization’s internal health. However, in putting this past year’s leadership to a truer test, it is worth asking what the undergraduate government can do for you.

This past year, the answer seems to be a good bit more, although there are still clear limitations on UGBC’s power as an advocacy body—most notably, the fact that nothing it passes on University policy is currently binding.

The first semester of Fiore-Chettiar’s administration, when she was still working with Chris Marchese,  A&S ’15 was marked by subtle policy shifts. Fiore-Chettiar explained that the absence of a dean of students in the first semester made it hard to push policy. This semester, with the introduction of Thomas Mogan as dean of students, policy regarding the Student Guide has been discussed between the student government and the administration. Nothing particularly concrete has happened yet, but there are signs of progress coming next semester.

This is not entirely the fault of UGBC. Rather, it is symptomatic of an institution that is slow to respond to student ideas. Even if everything goes right in the Student Assembly and policy proposals and amendments are passed, it still remains the discretion of the administration to take University-wide proposals and make them reality. This is ultimately not full justification for the tepid execution of UGBC’s policy decision, but instead a discrepancy that should be understood when considering what to expect from the group that aims to be a proponent of the students’ voice.

The Fiore-Chettiar administration has been far more successful in terms of programming and focusing on groups that might otherwise be forgotten or marginalized—with very specific programming and a salient take-away message. Most notably, programming has been effective in the area of mental health and rights relating to GLBTQ individuals. Still, while successful programming can raise awareness, it is the policy change in the long run that will have the most tangible effects on student life.

In the view of students, most of UGBC’s work is done behind the scenes, and enacting lasting change at BC is a race of inches rather than yards. Fiore-Chettiar excelled in shifting campus culture through thoughtful advocacy projects and programs.

The needle has yet to move much in terms of University structure and policy, but looking back to last April, there is a lot more to be optimistic about now when it comes to our student government.