April 24 & A Hundred Years Of Denial

On April 24, 1915, under the cover of World War I, the leaders of the Ottoman Empire began a campaign to “Turkify” their domain. They decided to exterminate their Armenian subjects, eliminating this Christian population from its ancestral homeland. Throughout the ensuing spring and summer, Armenians throughout the empire were systematically annihilated, either massacred outright or destroyed by disease and exposure. By the time the Ottoman Empire collapsed in 1918, close to 1.5 million Armenians—over half the prewar population—had perished. Thousands of monasteries, churches, schools, and libraries were destroyed, erasing an ancient cultural heritage from the land where it was born.

According to genocide scholars, the eighth and final stage of genocide is denial. Unfortunately, 100 years later, modern Turkey is still caught in this phase. The nation has undergone what a recent front-page story in the New York Times called “a process of Turkification: a feat of social engineering based on an erasure of the past and the denial of a multiethnic history.” Turkey refuses to admit a genocide occurred, and lobbies vigorously worldwide to prevent acknowledgement of this historical fact.

Turkey’s denial has made healing impossible for descendants of the genocide’s survivors.  Scattered from Beirut to Boston, their wounds are still open, and their pain—the mingled pain of death and of a lost homeland—is immeasurably deepened by denial. Armenians cannot carry their burden alone. They need the world to know what happened and to vow that it will never happen again.

Recognition is not only for Armenians—it’s for all of humanity. When the world decided to forget the Armenian Genocide, more incredible atrocities followed, most of them unpunished, such as Nazi Germany, Pol Pot’s Cambodia, Rwanda, Darfur, and the terrorist group that calls itself the Islamic State (ISIS) today. Hitler used the world’s forgetfulness as justification for his crimes. Immediately before invading Poland, he told his generals to be as brutal as possible, because they could get away with it. “After all,” he said, “who today speaks of the annihilation of the Armenians?” Until all genocide is condemned, until civilization shows that such immoral actions will not be accepted, the world’s criminals and murderers will feel comfortable committing brand new atrocities.

President of the United States Barack Obama generally seems like a high-minded leader—someone who understands the incandescent power of telling the truth, who knows that dishonesty poison everything it touches. And indeed, as a candidate for president in 2008, he took an admirable stance on the Armenian Genocide. “An official policy that calls on diplomats to distort the historical facts is an untenable policy,” he said. “As President I will recognize the Armenian Genocide.” Armenians rallied to his cause—believing they had found a kindred spirit, they overwhelming ly supported him in the election.

But as president, Obama has bowed to pressure from Turkey. He has resorted to euphemisms and dodges, insultingly using the Armenian term Medz Yeghern (great tragedy) to describe what happened in 1915. This year, the 100th commemoration of the genocide, his administration announced it was considering keeping its promise, and Armenians prepared to embrace him anew. But, Obama released the exact same statement as past years, submitting once again to Turkey’s denialist agenda.

According to an analysis published in The Guardian, there was internal disagreement within the administration, with some advisors arguing that Obama should keep his promise and others claiming that Turkish anger over such a move would hamper efforts to cooperate in operations against ISIS.

This is a false argument for three reasons. First, Turkey’s behavior does not befit an ally, it is engaged in very little meaningful cooperation with the United States. According to Turkish analyst Bulent Aliriza, the two nations are on very different pages as regarding Middle Eastern policy: “There are growing doubts over whether the U.S. and Turkey share the same priorities and even whether they share the same goals,” he said in October. “Even when it comes to defining the enemy—there is no common enemy.”

Indeed, according to a former ISIS commander interviewed by Newsweek in November,  “ISIS [sees] the Turkish army as its ally especially when it came to attacking the Kurds in Syria. The Kurds [are] the common enemy for both ISIS and Turkey.” Ultimately, because Turkey is not actually protecting American interests, the United States has very little practical ground to lose by recognizing the Genocide. Doing so, in fact, could serve as a wake-up call to Turkey, making clear that continued refusal to cooperate will have unpleasant consequences.

The second reason why the “diplomatic” excuse for denying the genocide fails is that Turkey’s threats of retaliation are mostly empty. This was demonstrated when France recognized the genocide in 2003. Turkey briefly recalled its ambassador and made an angry statement, but soon afterward quietly resumed full relations. It simply cannot afford to cut itself off from its key Western allies. While it may be full of threats and bluster now, when the time comes to choose between diplomatic isolation and accepting American recognition of the Genocide, Turkey will choose the latter.

Finally, the “diplomatic excuse” fails because it is immoral. It will always seem like the “wrong time” to recognize the Genocide, it will always be inconvenient and require a certain degree of courage. But that does not mean it should not be done. Indeed, by letting Turkey’s power deter him from pursuing justice, Obama sends a message that morals don’t really matter in American foreign relations. Under the precedent he is setting, a state, or any group or individual, can get away with whatever atrocities it wishes as long as it has enough money and influence.

Obama’s failure to recognize the Genocide is not a partisan issue. We have no idea how a Republican president would perform if put in his place. What genocide recognition is, however, is a moral issue. And on this issue, Obama has failed miserably. Yes, his lack of courage insults the Genocide’s victims and tramples on the dignity of their descendants. But most of all, it places the United States squarely on the side of Turkey’s continued denial, oppression, and hatred. Obama has forsaken his own ideals, he has forsaken our nation’s ideals, and he has forsaken humanity’s right to the truth. 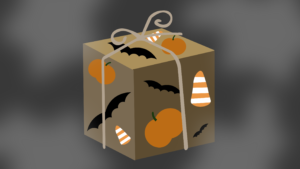