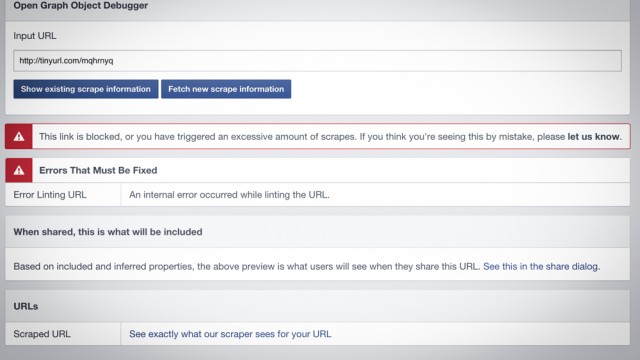 Multiple Links To Petition For LGBTQ Center Blacklisted From Facebook

Several Facebook links to a petition calling for Boston College students and alumni to withhold donating to the University until an LGBTQ resource center is created were unexpectedly removed late Tuesday night, approximately 10 hours after the original posting. There was also a group of students who had their cover photos abruptly disappear—all graphics for the “For Here All Are One” campaign, as the initiative’s creators called it.

When some of the affected students—including author of the petition Nanci Fiore-Chettiar, A&S ’15—attempted to re-post the link, they encountered a message from Facebook that said the link has been detected to be unsafe by the site’s security systems. Facebook’s terms of service including several provisions regarding the safety of posted links. Certain content, like viruses and unauthorized commercial communications, are banned. Fiore-Chettiar noted in a post on her personal page that those involved are currently looking into the blocking, but do not know why the links were removed.

“While we investigate this, I encourage you not to jump to conclusions or use hateful language against the administration,” Fiore-Chettiar said in the post. “Until we know exactly what has happened, please use any anger you may have productively and continue sharing our letter and message with the rest of the BC community.”

When tested on Facebook’s object debugger—a tool developers use to resolve structural issues encountered when posting to Facebook—a message appears indicating that the link was either “blocked” or “triggered an excessive amount of scrapes.” An error is identified with the URL’s linting, a term used to describe Facebook’s program for detecting suspicious links. Developers who’ve tried to resolve similar errors in the past have waited weeks to months for Facebook to respond, often with no explanation of why the link was blacklisted initially.

Direct links to the letter and petition are still working at this time.

Group Of Outgoing Seniors, Alums Pledge No Donations Until LGBTQ Center Created
TU/TD: See You On The Other Side