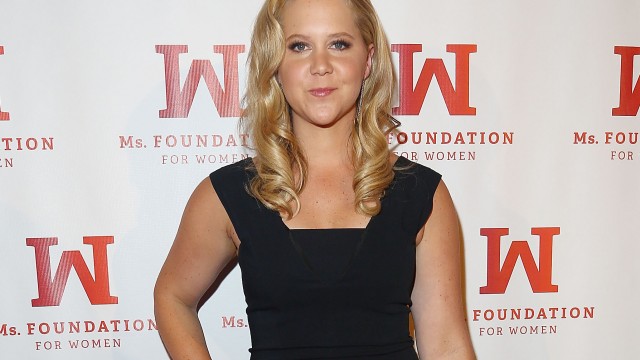 Amy Schumer has been everywhere. She’s all your mother, brother, mailman, and hairdresser have wanted to talk about these past few months. Predominantly (and often uncomfortably) sexual in nature, her signature comedic style—characterized by cleverly spun social criticisms and self-deprecating punchlines—has charmed an entire demographic of rom-com devotees. Following Schumer’s mainstream breakout in Trainwreck, a film she wrote and stars in, the 34-year-old has been taking over talk shows and flirting with federal gun control laws—and those are just a couple of the many publicity-generating appearances that have built the comic a wider audience this summer.

Schumer has had such a big summer, it’s fair to inquire: Has this truly been the “Summer of Amy Schumer?”

Bear with me as I delve into this comedy-based conundrum and prove why the one true answer to this burning question is a resounding “kind of.”

After a break-out performance in Last Comic Standing and years grinding her way through the smaller venues and clubs, the crude comedienne earned her own sketch show on Comedy Central in 2013—Inside Amy Schumer. For three years, Inside Amy Schumer has been an uproarious assemblage of skits, street interviews, and scenes from live performances. Tackling the most taboo topics—namely sex, racial stereotypes, and gender-specific expectations—Schumer’s honest writing and hysterically accurate discussions of today’s controversial topics are so politically incorrect, they’re sort of right.

In reference to one of her frequent flings, Schumer gushes during her act, “He was really into family … He’d never come on the road with me on the weekends ’cause he wanted to spend time with his wife.”

In a skit meant to mock Lifetime documentary series I Survived, Schumer describes enduring a cross-country airplane trip gone horribly awry. Through tears, Schumer recounts the horrors of being denied Platinum member privileges and forgetting her headphones, among several other injustices (“I asked for a glass of Chardonnay. And in a 9/11-like twist, they didn’t have any. They offered me Pinot.”).

Despite coming up on her fourth season of Inside Amy Schumer, most of her rapidly-growing fanbase didn’t come from her career as a talented writer, producer, or comedia—rather, a whole bunch of bandwagoners flowed into the fandom after just a two-hour, star-studded, sex-saturated screenplay. Alongside Saturday Night Live veterans and athletic deities Lebron James and Amar’e Stoudemire, Schumer becomes more of an accessory than the main event in Trainwreck. She sure is funny, she’s just not really herself.

Written by Schumer but directed by Judd Apatow, the unapologetically uncouth Trainwreck did everything a lewd rom-com was designed to: elicit laughs, raise a few eyebrows, and emasculate Lebron James one gooey, sentimental line at a time. But despite having been written by Schumer herself, the script lacks the smart, sarcastic criticisms which defined her sketch show. Absent from the movie are the bold and satirical attacks on issues like rape culture, as was exhibited in Schumer’s infamous parody of Friday Night Lights.

In Schumer’s spin, a new, small-town football coach (played by Josh Charles) implements a “no raping policy”—much to the players’ protest (“What if my mom is the DA and won’t prosecute?,” “What if it’s Halloween?,” and “Okay, the girl said yes to me the other day, but it was about something else.”). Not sparing the awkward sex stories inspired by Schumer’s own past, Trainwreck reads more like a college student’s little black book brought to life than the sharp-witted satire that was expected.

So yes, Schumer’s fanbase might be reaching impressive numbers—rivaled only by those of overrated British boy bands and former First Ladies affiliated with the Democrat Party. And yes, Schumer mostly deserves the attention and praise she has received. This is misdirected acclaim, though, and doesn’t celebrate a Schumer most have just met—a Schumer whose debased comedy in Trainwreck fails to rise to the standards of her show.

So, is this the “Summer of Amy Schumer?” Kind of.

Let us consider her recent, month-long monopoly over seemingly all media outlets. Whether she was clowning around with Jimmy Fallon, boosting John Stewart’s Daily Show ratings in his final week, or practically conducting her own interview on Ellen as host Ellen Degeneres sat doubled over in hysterics, Schumer took over the talk show world one big-name network at a time.

Schumer attracted even more attention after teaming up with estranged second cousin Senator Chuck Schumer in an earnest plea for stricter gun control legislation. Moved to action after the Lafayette, La. cinema shooting in a screening of Trainwreck, Schumer-squared spoke publically about the tragedy and demanded reform.

Now I know what you’re thinking. “Hannah, you said it yourself. The woman is everywhere (true). Amy has made a name for herself in the short span of a mere two months (true). I mean, she’s managed to accomplish all this and ride double on a jet ski driven by Jennifer Lawrence in the Hamptons (also true, admittedly jealous). Schumer is clearly the celebrity du jour—the ‘Song of our Summer.’”

To that, dear fabricated and hypothetical reader, I stand firm in my original assertion: Schumer is more widely known now than ever before. Her infectious confidence with her body and “eff it” attitude has reached “Jennifer Lawrence-level adoration”—a bandwagon phenomenon defining an actress who’d decline an invite to swanky award shows for the opportunity to sit at home eating Chef Boyardee ravioli from a can while watching Scrubs reruns. It’s a rather fad-like fanbase that tends to abandon ship after the novelty wears off.

Amy’s talent has undoubtedly reared its blonde head this summer. However, fans should not write 2015 off as THE Summer of Schumer. She’s capable of so much more—so much better—than she has delivered to doting fans thus far. I am confident that this summer is only the advent of a well-deserved run in the limelight. She’s gotten off to a strong start. Kind of. 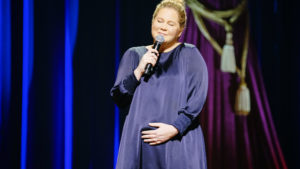