Home » The Choices Of Post-grad Life: Getting On The Right Path 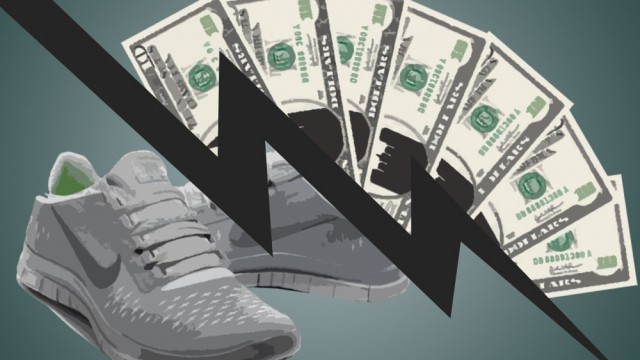 The Choices Of Post-grad Life: Getting On The Right Path

The first scenario tells the story of a Boston College 2015 graduate. In May, he accepted a full-time postgraduate offer in financial services, which made his parents smile ear-to-ear—the more than $200,000 they invested in their son’s education paid off. Monday through Friday, he wakes up at 6 a.m. and stays late, crunching numbers in his cubicle. The work is challenging but does not create progress or change, and he wonders if he should be doing something more meaningful with his degree. He looks in the mirror, adjusting his Burberry necktie, and tells himself the salary and glamour is worth working in a field he doesn’t love. His friends pat him on the back and smile as they drink Johnnie Walker on the roof deck of his Tribeca apartment. “At least my parents are proud,” he thinks.

The second tells the story of another BC 2015 graduate. In May, he moved back to his parents’ house and landed a job at a local running store. Though he is underemployed, he is making enough to start a humble savings. He is certain of nothing but his potential, and therefore refuses to deduce his talents to the drab responsibilities of a desk job. In the face of his classmates’ blossoming professional careers, he feels stressed, confused, and occasionally directionless. He realizes that if he wants to make money on his own terms, he must work harder than anyone around him, and so he does just that—he writes, builds, creates, attends classes, and reads books. When acquaintances inquire about his postgraduate plans, his wound of insecurity reopens. Although he struggles to provide a response that will satisfy the expectations of others, he is consoled by the fact that he is in pursuit of discovering his passion.

These scenarios portray two different but equally plausible possibilities of life after BC. The scary thing is this: if I had the choice between embodying either scenario, I’m not sure which I would choose.

One might hope that his or her university would encourage students to pursue their passions. After all, being successful is about earning a living by doing what you love, right? Yet here at BC, amid swirling conversations about prestigious internships, expanding networks, GPAs, and impressive postgraduate offers, a standardized conception of “success” has been born.  Pressures to conform lead students to actively seek high-paying positions that do not inspire them.

Some graduates choose work not because it generates genuine excitement, but because of the paycheck, the stability of working for an established firm, and the acceptance and respect that comes along with landing a high-profile job. Even if, deep down, one is discouraged by the direction such accomplishments will lead him, if he ascribes to fulfilling these standards, at least he can find some sort of backward comfort in knowing his peers perceive him as successful. Beyond Chestnut Hill, the means and timelines to achieving success are far and wide. But among the student population at BC, the definition of success seems to squeeze through a suffocating funnel.

So who is more successful? The graduate who scored the high-paying entry-level position, but is ultimately dissatisfied with the direction of his life? Or the graduate who is constantly at mercy of his own self-confidence, but finds comfort in knowing that each day he works towards finding his passion?

I attest to the belief that being successful and being happy are one of the same. There is a monetary necessity involved in living a happy life. The money we earn, however, is not the bottom line—rather, it is the satisfaction we receive from our work. Yet, though it is not harmonious with the way I envision a successful life, I still find myself utterly conflicted by the temptations at BC to sell out to the big banks out of the sheer comfort and stability they offer. Though we attend a liberal arts university, the platter of opportunity presented to us is sopping with careers in financial services. Our nimble identities are becoming victimized by the immediacy of earning cash now.

As we emerge as adults here on BC’s campus, it is important to think beyond the career fair frenzies and our classmates’ five-year plans. We all want to achieve great things, but getting sucked into other people’s dreams will only make us further from discovering our own. Ignore the noise—the scrambling resume-bearing, suit-laden bodies around you—and ask: What are my values, and how can I align my goals with them?

Swipe Right: New App Tender Reminds Millennials How To Cook
In Numbers, A Snapshot Of The Class Of 2019