Home » ‘Black Mass,’ Alex Navarro Band, And Panic! At The Disco This Weekend In Arts 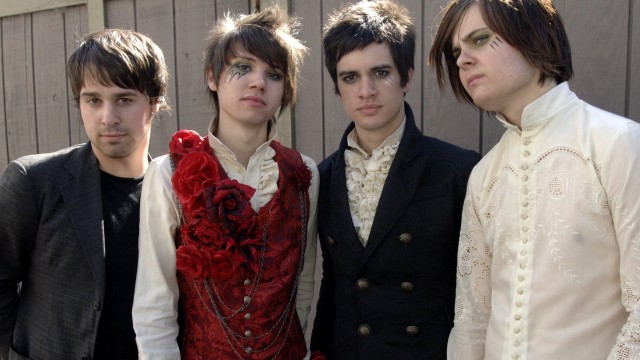 ‘Black Mass,’ Alex Navarro Band, And Panic! At The Disco This Weekend In Arts

The Alex Navarro Band will be performing its first show of the school year this weekend at the Middle East Corner. Doors open at 9:30 p.m. and the show begins at 10, but space is limited, so try to be there early.

In the 1970s, Whitey Bulger (Johnny Depp), a notorious Boston Irish-mobster, is persuaded by John Connolly, an FBI Agent, to work extensively with the FBI to take down the Italian mafia in Boston.

The Sustainable Business Network is having its sixth annual Local Food Festival this Sunday at the Rose F. Kennedy Greenway. Come try food from some of Boston’s best local restaurants, farmers, and food trucks. Admission is free.

Boston College’s Committee for Creative Enactments will be having its first improv show of the semester, the Collegiate Comedy Extravaganza, this Saturday night in Stokes South 195. Admission is free.

Based on true events, a commercial expedition team, Adventure Consultants, takes amateur and professional climbers to the peak of Mount Everest. In the spring of 1996, however, disaster strikes the adventurers.

The second film in the Maze Runner saga, Maze Runner: The Scorch Trials, hits theaters this Friday. Thomas and the rest of the Gladers search for clues about the mysterious and powerful organization, the W.C.K.D.

Panic! at the Disco

American alternative-rock sensation Panic! at the Disco will be playing at Boston City Hall Plaza this Thursday night. Tickets for the concert can be purchased through myradio929.com. Doors open at 4 p.m.