Home » Between Privilege, My Son, And Me 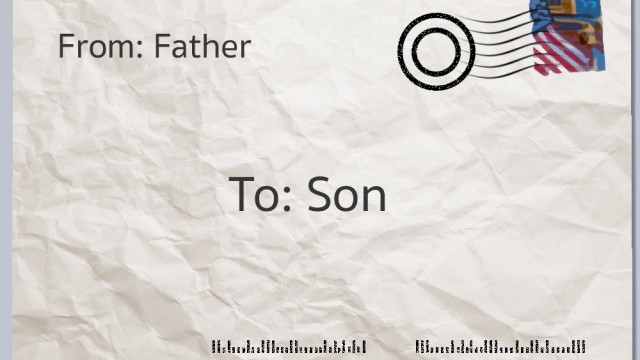 Between Privilege, My Son, And Me

It’s a gift you’ve been given. Understand that much. You didn’t ask for it, nor do you really know what it’ll do for you. But keep it in mind. Over the next few years you’ll finish high school, go to college, probably get the job you want without much trouble.

When you’re out walking alone and see police officers, you’ll feel safe. Their presence will be a comfort to you, because I’ll have told you, without irony or dishonesty, that they’re there to help you. I’ll say it the way my father said it to me, as if it were a fact of the natural world, like the lines on our faces or the sun’s place in the sky.

Smoke weed if you like, fight at school, and drink at parties. Riot when the Red Sox lose and break what you want. No one will judge your character for it. You’ll be a kid who’s allowed to act like one, without fear of discipline or any real repercussions.

Whiteness is funny that way. It’ll help you through life the way not having a safe tied to your back helps you through a marathon. Over the years, you’ll learn to refer to it like the privilege that it is—white privilege, as they’re calling it now. Can’t imagine that’ll go out of fashion anytime soon.

If you’re a jack—s like I was, you’ll probably hate that. You’ll sit up nights in bed counting all the things you ever worked hard for, coming up with ways to convince people that no one handed them to you.

But they’ll start to crumble. Soon you’ll find out about this whole other world, out on the far edge of your perception. You’ll have seen it in movies and heard about it in songs you weren’t supposed to hear.

I didn’t find out about it ’til I got to college, when the media first began to cover all the unarmed black boys who got shot down in the streets for looking vaguely dangerous, and the fully-grown men who were choked to death for peddling loose cigarettes. After the fifth or sixth time, these happenings became something of a banality. Truth be told, they annoyed me.

I heard Dinaw Mengestu tell me about growing up poor and black and read Alice Goffman’s six-year study of criminalized men of color on the run from police in Philly. I met Zadie Smith and Edwidge Dandicat and listened to Gary Clark Jr. and Jay Z. For a while it felt like I understood the whole thing.

When the subject came up about how I was born with all of these advantages that other people didn’t have and how that left me in lavish unawareness while good people suffered from institutionalized hatred and bigotry, I’d kick back. It felt like the right thing to do.

I used to tell people that kids who walked down sidewalks with their hoods up should understand that they might get shot. If you talked back to a cop, bad things would happen to you. I used to scroll straight past videos and infographics, and make fun of people who went to protests and vigils.

Over time, that kind of changed. The way I looked at the world shifted in that subtle, tectonic way that your grandmother used to warn me it would. Then late one night I had a column due for my college newspaper. I picked up a book by Ta-Nehisi Coates, called Between the World and Me, and it hit me hard, like a pipe bomb gone off in my guts.

I couldn’t help but fall in love with this letter-to-his-son conceit that permeates the whole book. The knowing second-person narration, the clipped phrases wrapped in hurt and raw emotion. So I wrote this to you. He comes up with this brilliant way of talking about how “white” men remove him from his culture, body, and sense of being—then white kids takes it from him. Fitting, isn’t it?

The truth is I don’t know what to do about all this. By birth, you and I ended up on the bad side of the movement that’ll define our generations. We’re the oppressors, the spoiled brats, the ignorant elitists. There’s not much you can do about it, besides being aware of it. That’s why I’m writing. So you know, before you get too old.

Here’s hoping you’re better than I am,