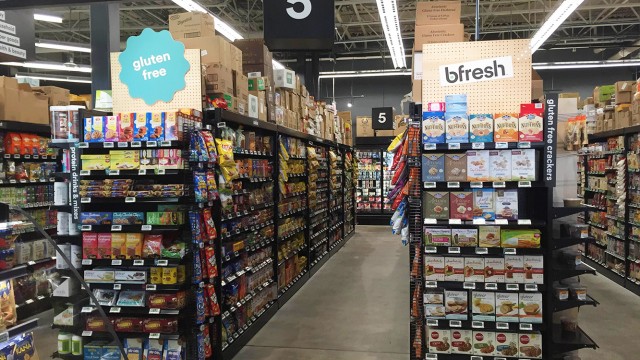 A new and inviting aroma is spreading across Allston. Its source is a small, brick building not unlike the other stores and shops that make up the commercial element of the area. From a space that housed a Staples until last spring comes the new smells of baking baguettes and crusty breads, just a few feet from the nearest T Stop.

But a bakery isn’t the only new advancement in Allston. The neighborhood can now eat and drink at a gourmet deli, a fresh-pressed juice bar, a new, hand-rolled sushi spot, and a from-scratch pizza parlor—all under the same roof.

On the corner of Harvard and Commonwealth Avenues, bfresh is redefining how residents shop.

“We differentiate ourselves on a lot of different levels, but first and foremost it’s a brand-new shopping experience,” said Dan Attella, the fresh market’s team captain.

Although bfresh hosted its grand opening just one week ago, the store has already drawn a crowd—everyone from Allston-Brighton millennials to suburban residents, all curious as to what the 10,000 square-foot space has in store.

While bfresh can be most simply described as Allston’s newest grocery store, it goes beyond that, placing a heavy emphasis on fresh and quality offerings housed in a fun environment. Attella and the market’s team members hope that the neighborhood sees its potential to be so much more.

“As far as our offerings, we try to keep it as broad as possible in such a small square-foot allotment,” Atella said. “It is really a one-stop shop. You can find things from paper towels and face wash all the way down to a freshly made stir-fry meal or pizza made right in front of you.”

The store’s concept is concentrated on breaking certain standards of the typical shopping experience, where customers may have to choose between quality and convenience or cost and health benefits. In addition to the variety of in-house prepared food options, which range from an extensive selection of Boar’s Head products at the deli to a vibrant, make-your-own salad bar, it also maintains a seasonal stock of fresh and organic produce as well. 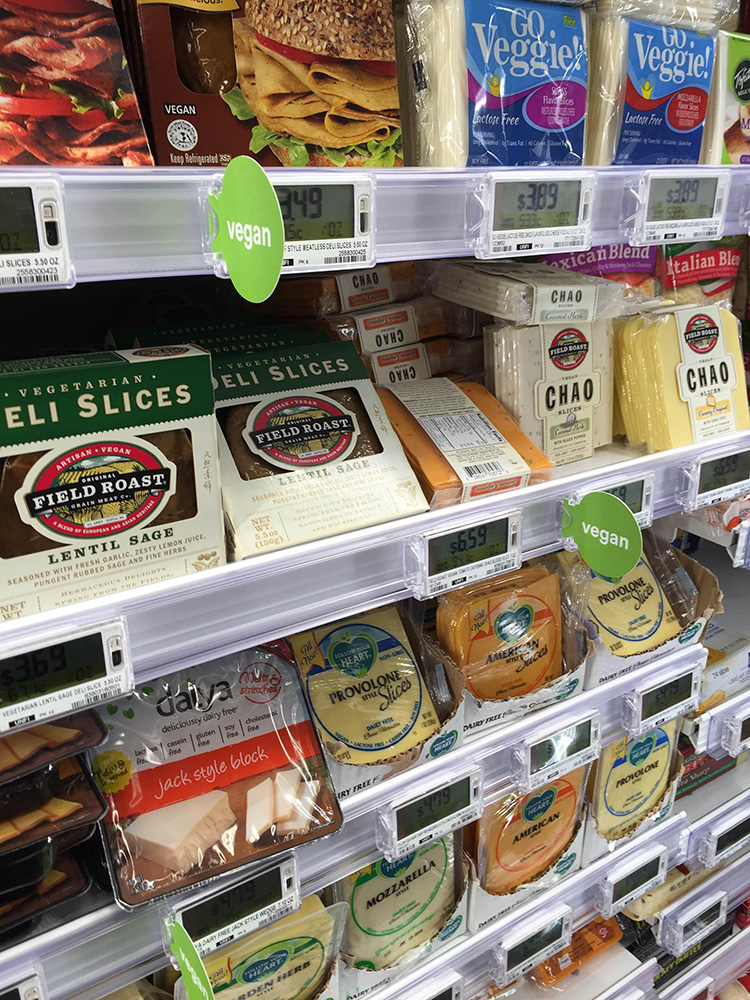 Bfresh hopes to make cooking and eating more exciting, a concept that is rooted within its “Little Kitchen,” a host of in-house prepared food stations that occupy a large portion of the market. Composed of a juice bar, a sandwich bar, pizza and pasta stations, a rotisserie grill, and an Asian wok station, among others, the Little Kitchen is dishing out unique prepared foods that are made in front of the customers as they place their orders.

“Bfresh is just really all-encompassing in terms of what we’re shooting for—it’s a change in lifestyle,” Attella said. “We want to really help our customers live a fresh and healthy lifestyle and I think the name is very indicative of that.”

Although the market is an affiliate of Stop & Shop—both are housed within the same parent company, Royal Ahold NV—it bears little resemblance to its counterpart. Bfresh is loosely tied with the Royal Ahold NV brand, but functions as a separate entity. Bfresh hopes to create something new, unlike traditional grocery shopping experiences to which U.S. shoppers are accustomed.

The Allston store is the brand’s flagship, though another location is already in the works. The plans for expansion are still evolving, and will focus on developing the brand in another location besides the Boston area.

“The future is looking very bright for us,” Attella said, noting a few of the store’s elements that make the bfresh experience so unique. “We like to highlight our really great prices, that we are right in your neighborhood, and that we have awesome teammates that can’t wait to help the customers.”

Bfresh prides itself in its excited and educated employees, known as “Team Mates,” who are just as integral to bfresh’s vision of the shopping experience as its high quality offerings.

“When you come into the store it should feel like a fun environment—there’s a lot of good music playing, there’s a lot of laughter going on between the teammates and the customers,” Attella said.

The customers response to all that bfresh has to offer has been positive so far. Attella noted that customers have been attracted to the accessibility of the Allston location and the ease and options that come with the Little Kitchen prepared foods.

“We really are targeting everyone as our main customers, and they have been absolutely fantastic. The folks that are in our neighborhood, in the Allston and Brighton area, are just really loving the store,” Attella said. “They love the feel, and they love the offerings that we have as well.”

With no other similar stores in Allston, let alone the Boston area, bfresh hopes that it can fill an open niche and become a neighborhood staple.

allston bfresh
Of Milwaukee And Boston: The Grapes Of Failure
Boston By Bicycle 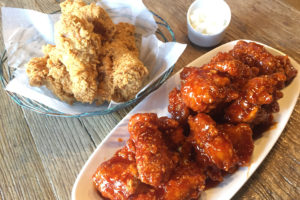