Home » Houses Versus Homes: Mixing Sentiment With The City 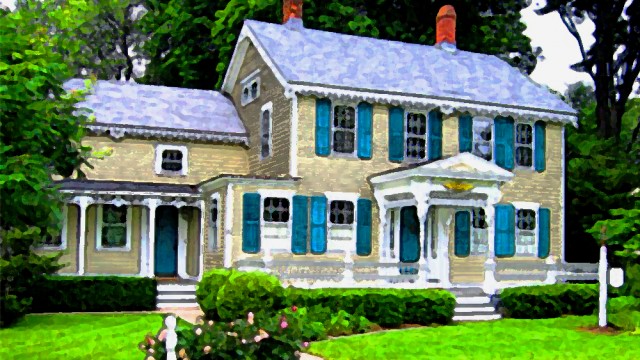 Houses Versus Homes: Mixing Sentiment With The City

By definition, a house is synonymous with a home.  But we all know different. We all know that while it’s hard to build a house, it’s harder to feel at home. Houses are only physical—they take up space. Homes, however, are both physical and emotional spaces with some unknown, immaterial additive. Homes prove that even without more material matter, something can still take up more space. Homes can be whole institutions. Whole cities. Like Boston College. Like Boston.

The unknown, immaterial additive is mostly, as it is to be believed, sentiment. This makes homes an easy place to stay in and a hard place to leave. Ask Lot’s wife. Well, maybe not. Ask Stephen King. He’ll tell you home is where they want you to stay longer. Or ask Head and the Heart. They’ll tell you that you’re already home where you feel loved. You see? Sentiment.

Sentiment comes in amalgamated memories. In music. In smells. When I was growing up, my mom cleaned our kitchen cabinets with orange-scented Bona brand spray, and she’d always spray a lot of it because she liked to clean every single cabinet front, and open up the cabinets so she could get all the creases, and even our big-ass refrigerator had a cabinet front on it so she’d have to spray that whole thing too.

My dad would always notice when he walked in from work, and say as he lithely tossed his car keys on the counter from several feet away, “Smells clean in here, Honey.” Orange-scented Bona brand spray. That’s how I start thinking about my childhood home.

But while we remember and reflect and talk about the unknown, immaterial additive, we forget about the other component: physicality. Coats of paint. Relational distances. Potholes on narrow roads. These things are important.

For all of the professionals that it takes to build a house—electricians, architects, masons—it takes residents to make a home. People to dirty the bathroom just like that, to scar hardwood floors with their innate standing-up-out-of-a-chair procedures. Paradoxically, whatever the unknown immaterial additive is, materiality plays into it. They’re not strictly sanctioned variables.

And when you move out of single units of infrastructure and into BC or Boston, you can see how massive the idea of a home is.

When I was younger, I believed I could better connect to my home if I could take it in at all of its different angles. Lying prone on my carpet, looking at the photo albums under my bed. Just watching TV from different parts of the couch was enough. Understanding the geometrical secrets of my house was helpful in making it more of a home. But, like Lot’s wife, I wasn’t given much of a choice to stick around.

Which is not to say I looked back. I didn’t. BC and Boston already felt like homes. Vanity was involved. Coolidge Corner had charm. As did Cambridge. Everything was so clean compared to New York City. (If you have to get into the city very early in the morning after a torrential storm the night before, you’ll learn that the South End smells like every brownstone exterior and cobblestone path was scrubbed with a salted pumice stone. NYC would just smell like more urine.) And look at BC. We’ve got it made here: Stokes Hall alone justifies studying the humanities, Gargan Hall is every Harry Potter-loving adult’s wet dream, and when it’s nice out, Gasson’s quad is dope.

But vanity only gets you so far, lest we forget about sentiment. We came here because we believed we’d fit in with the people. And, if we’re lucky, over the course of freshman year we began finding some of them. A nexus is built. It isn’t just about who people are, but where they are. Newton. Upper. Friends become the distances that have to be travelled to reach them.

There are more angles in a college than a home, and more in a city than a college. My childhood propensity for different points of view would be impossible to fully complete in Boston. But trying is not a waste of time. Take in the angles, ratios, verticality, and spatial importance. Build, along the way, into the unknown, immaterial additive of sentiment and infrastructural connection and whatever it is you find unnamable about a home.

Have you ever been in a house that wasn’t a home? It’s possible to be a squatter, even if you own the place. And you own every penny of your new home. Get gritty with the parameters and proportions. Avoid becoming that pillar of salt. You’ll have a chance to think about the home you came from. First, continue making a home here.

wandering
Banned Books To Be Displayed In O’Neill Library
Agape Latte Franchised, Expands To Other Universities