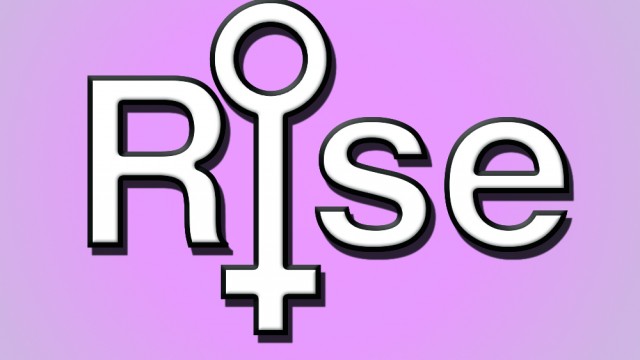 Earlier this week, the Women’s Center sent out acceptances for Rise, an initiative aiming to provide mentors for women who are juniors and seniors in leadership positions at Boston College. The idea behind the program is that female underclassmen can look toward junior and senior mentors through different organizations, though juniors and seniors do not have people to turn to when they are struggling.

Over the course of their senior year, 64 female students will be paired up with prominent women on campus—including Kerry Cronin, Kathleen Bailey, and Kelli Armstrong—to discuss women’s self-esteem in college, portrayals of women in the media, and BC social culture, among other issues that are not gender specific: where they can go after college ends, and what they can do with their education.

The program is poised for success. The idea behind it—to create a space in which the female leaders can be mentored—is so constructive that it feels almost overdue, and the mentors selected for the inaugural year are notable and successful women on campus. Furthermore, these mentors are paired up with mentees at the mentees’ request—the senior girls indicated which mentor they felt would provide the most salient information for them as they move forward with their lives.

Most of all, the creation and turnout for the program shows a continuing trend on campus toward  comprehension of women’s issues, and adequate programming that looks to address them. Although junior girls weren’t accepted for the upcoming year, it doesn’t mean that they won’t be in the future. Trying to appeal to the seniors that will only have this one opportunity to be apart of the Rise program, the applicant had to be kept to the uppermost class. Juniors who applied and were denied this year will be given precedent in the application pool next year, but, hopefully by then the program will be opened up to hundreds of girls and the prospect of being cut will not be a concern.

If the program is successful, it would be interesting for research to determine if men, too, would benefit from having a similar mentorship program. While men get the heavily lauded Freshmen League as an option for their first-year experience, it is ultimately up to individuals to seek out a mentor in their later college years, with no guarantee of  it paying off.

For now, it is great to see a program like Rise being put into action. Much more than just a network or friendship-forming tool, Rise looks to reverse stigmas and statistics, and guide some of the most powerful women of the future down the right paths.

Agape Latte Franchised, Expands To Other Universities
Pops And Boston Calling Arrive This Weekend In Arts