Home » How We Like Them Apples: Beantown On The Silver Screen
Arts, Movies, Column

How We Like Them Apples: Beantown On The Silver Screen

When watching films, we are most convinced of setting, not by a name slapped on screen, but by every subtle reference that crafts a space that lives and breaths like we do. By the stamp of a heel drifting faintly through an empty hallway, by the light of a cigarette engulfed in smoke or the jeers of a crowd spilling over the sidewalk, we are handed a piece of a place. While some places would struggle to uniquely represent themselves in a film, Boston finds no such difficulty. From the opening credits, viewers are hit with an unmistakable accent, greeted with iconic landscapes and impressed with that mental toughness only found in New England. Rich in culture and history, it takes little time for viewers to realize where they are—Boston.

Bostonians exude a kind of toughness that is almost always highlighted on screen. For the most part, the most interesting people in films set in Boston are the courageous ones: the ones who do not take no for an answer and make sure you know it too. The most obvious representation of this Bostonian resilience found on the streets is from both the cops and the criminals. Determined in their respective pursuits, films like The Departed (2006) and The Town (2010) showcase struggles with corruption and poverty, while each group responds to their hardships with proportional hardness and determination. That kind of toughness leads to some remarkable characters who exude the kind of brash and willful personality that could have only been fostered on the streets of Southie and Charlestown. In pursuit through the narrow streets of Boston (which make for some of the tightest and suspenseful action scenes), the cacophony of cops and crooks ring harmoniously around their shared condition. The town.

“You grew up here! Same rules that I did”

In contrast to the adeptness of Bostonians on the street, many films highlight the lethality of their wit as well. One cannot speak of Boston without mentioning the universities that call her home. For this reason, intelligence, excellence and wit have also been set as a staples of the city in film. Good Will Hunting (1997) and 21 (2008) by their very nature distinguish themselves as smart movies. The geniuses in these films, however are their most clever not in the classroom, but outside, interacting with a more organic world. Blurring the lines between book smart and street smart, characters exhibit a more true-to-life person, who in their complexity becomes more believable and relatable. As a result, numerous offhand comments to friends, coupled with the caliber of their intelligence make for some of the most memorable quotes in films. Delivered with an accent or at least in the company of the city, represented by a skyline or park, characters share the air with those ideas.

One may wonder why films choose to focus on Boston or if it is even noteworthy. Certainly LA and New York have been covered even more extensively. While this is true, Boston is so great for film because it retains a good portion of its personality from day to day. In metropolises like LA and New York, the world has become, by way of numbers, more homogenized. In a more modest sized city like Boston, distinct cultural identity shows through more strongly. This makes the ideals demonstrated in Boston films all the more telling as there is simply less to draw from. This is certainly appealing from a film makers standpoint. The narrow cultural breadth makes setting the scene easier. The way people talk and carry themselves, the occasional “wicked” comment or even neglected “r” make for markers, screaming to people that they are not far from the city on the Charles.

This suggests that there is something unique about Boston. Films set in Boston seek to represent something present in the place and bring it to screen. The people we see on screen, however colorful and interesting, are often just mere representations or slivers of real people who made an impact. In fact, fiction, comedy or drama, Boston shows that its ideas are poignant ones. In Black Mass (2015), Whitey Bulger’s brutal rampage speaks volumes about his place in time as he maintained his home, at a bloody cost to those who stood against him. Mystic River (2003) capitalizes on the landscapes and the city, representing trials of youth on the streets and following men into their adulthood. The Fighter (2010) strikes hard with family and tradition, reeling in the future and forgetting the past. In some cases, these films could have been set in other areas, but the effect of their message would surely have been lessened.

While other cities cling to remnants of what they once were, Boston stands strong, changing but never forgetting itself along the way. In films, from The Heat (2013) to Gone Baby Gone (2007), Boston finds ways to shine forth.

Boston is a great place for a walk. A movie. A day. 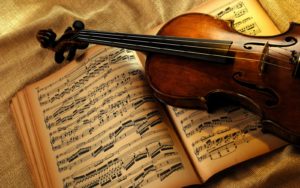