Home » Abroad Diaries: Adjusting To Fall In Vienna And A Semester In Europe 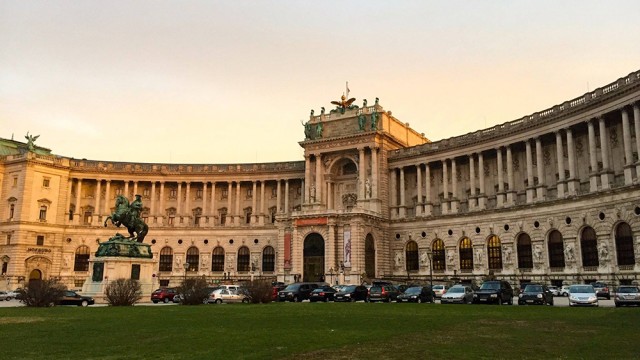 Abroad Diaries: Adjusting To Fall In Vienna And A Semester In Europe

I came here knowing one person from Boston College and nobody else. To be honest, I had not even looked at pictures of Vienna before I made the decision to come here. I finally decided based on people telling me the city is similar to Paris, a place that I already loved. Wirstschaftsuniversitat Wien (WU) had the classes I needed, so I applied, got in, and started packing.

Being abroad for me has been a constant flow of new places, foods, cultures, and experiences. For the first time, I have to cook for myself without the option of going to the dining hall. Because of my naive assumptions about life in other countries, abroad has come with many surprises. I didn’t realize the number of things I would have to do once I got here.

At BC, arriving on campus meant buying some toothpaste, unpacking my boxes, and rushing off to see friends I hadn’t seen in three months. In Vienna, arriving meant getting a visa, registering my presence in Vienna with the Austrian government, getting a public transportation pass, figuring out how to get to campus, getting a new student ID, and registering for classes with a system that makes UIS look intuitive—and that was just the beginning.

My program is internal, but there are only about 10 BC students participating in it with me. Every day has consisted of meeting at least a handful of new people, exchanging names and hometowns—like freshman year all over again. In the time since freshman year, it has been all too easy to forget how difficult making friends can be. Conversations can feel superficial and it is difficult to remember that you cannot start relationships without knowing basic facts about a person. Nevertheless, getting to know a ton of people has been a refreshing change from the routine of returning to BC and my somewhat established friend group (whom I love dearly, of course!).

Among the people I have been meeting, most are exchange students from throughout the European Union. It is really a blessing to be a part of a program that consists of so many exchange students—I came abroad to experience other cultures, after all. As an observation, it rings true that birds of a feather flock together. Maybe it is because of how much easier it is to communicate with people in your own language, but the Dutch speaking people tend to stick together, as do Spanish, Portuguese, and Italian speakers. I find myself gravitating toward Americans, more so because I know they will understand my quest to find peanut butter than because I know they speak the same language as me. Pretty much everyone here speaks fluent English, as well as at least two other languages. I, meanwhile, am the archetypal ignorant American when I answer, “Um, one and a half?” when people ask how many languages I speak. Does high school French count?

While I’m far from an expert when it comes to language, I have found myself becoming proficient in the ways of public transportation. The UBahn can be compared to the T only because they are both trains that sometimes run aboveground and sometimes below. The UBahn runs regularly, on time, and I have never waited more than seven minutes for a train to come (#blessed). It takes about 20 minutes to get to campus via public transportation, which is approximately the same amount of time it takes me to wait for the elevators in Maloney before a 9 a.m.

When I arrive on campus, I am greeted by a host of modern buildings that could not be more opposite BC’s gray stone. Instead of staring up at Gasson’s towers, I look up at a modern library building designed by the architect Zaha Hadid. In contrast to the hordes of students that cluster on the quad/Bapst lawn in fair weather, students at WU seem to come to campus for class and then head straight home without pausing to chat with friends. To be fair, this might be because classes just started on Oct. 1.

Since the semester has just begun, I have had a lot of free time, which I have taken as an opportunity to do some exploring. I have travelled to Prague, Czech Republic, Hallstatt, Austria, Munich, Germany, and Bratislava, Slovakia, as well as a few places in Slovenia. While I am excited to be seeing new places and new things, I never realized how exhausting travelling is. My family has been throughout the United States, but we usually vacation for 10 days. When you only have two or three days to see an entire city, the pace of your days is much quicker. I sometimes feel rushed to see everything I came to see. In the process, I worry that I might be missing the culture and authenticity of the city that comes with, say, sitting outside a coffee shop for a few hours people-watching.

On the other hand, travelling to places that are just a few hours outside of Vienna has me itching to do more travelling around New England. It is actually so easy to hop on a train or rent a car and drive to a small town that feels completely different from the town where your journey began just a few hours ago. I have not travelled throughout the Northeast at all, so I cannot say if this is exclusive to Europe, but I cannot wait to find out when I get back to BC.

So far, being abroad this fall has been a whirlwind of newness and differences. There have been time I’ve missed BC, but I am ultimately happy to be here and excited to see what is in store for the next three months. 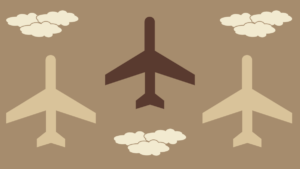 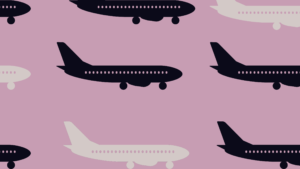