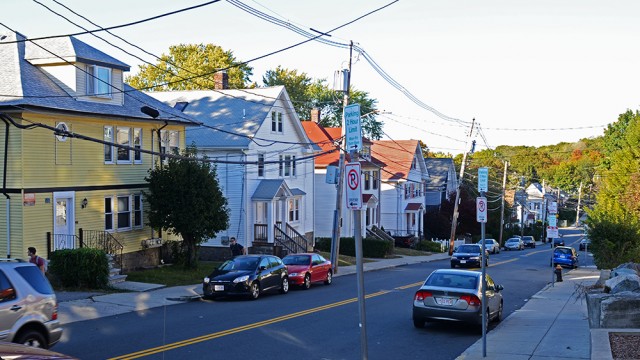 Mei Kwong used to visit her daughter at Boston University for Parents’ Weekend each fall. But instead of seeing her daughter next weekend, Kwong will be visiting the local cemetery.

Binland Lee was 22 years old and a senior at BU when she was killed in a house fire in 2013. Lee was trapped in her attic bedroom in an overcrowded house in Allston that was riddled with inadequate exits and a broken fire alarm. Her death sparked a public outcry, and many demanded that the City crack down on unsafe housing conditions for its nearly 40,000 students living off campus each year.

Now seven years after the “No More Than Four” ordinance was passed—prohibiting more than four undergraduates from living in a single apartment—the City recently admitted it has failed to cite a single person for violating the law designed to protect students like Lee from overcrowded and dangerous units.

The rule has been declared “unenforceable” by Walsh and William “Buddy” Christopher, the Inspectional Services Department (ISD) commissioner. In a City Council hearing last week, Christopher explained that his inspectors visited nearly 600 units suspected to be in violation of the code three times each this year.

The number of citations? Zero.

The problem is this: Even if ISD inspectors think a particular unit is overcrowded, they can’t legally force their way inside.

“[Landlords] are telling students not to let ISD into the building,” Christopher told the City Council Committee. “We cannot help students, which is our primary goal, unless they know about these problems.”

Most students lease apartments for such a short period of time that they are often uneducated about the inspection process, and many do not know inspectors are targeting malicious landlords—not students.

The City responded quickly: “My concern is the life of every young college student living off campus in overcrowded apartment,” Mayor Martin J. Walsh, WCAS ’09, told The Globe last year.

Walsh persuaded officials from 31 local colleges and universities—including a reluctant Boston College—to hand over all of the addresses of their students living off campus. With that critical data, ISD inspectors visited 580 potentially overcrowded addresses last spring to enforce the No More Than Four law, but could not cite a single landlord.

A way to enforce the rules is essential, but unsafe off-campus housing won’t vanish without more beds on college campuses. The benefit of reducing the number of students living off campus is twofold. First, the City can make neighborhoods more inviting places for families, many of whom have been pushed out by the increasing number of students attending school in Greater Boston. Second, the Walsh administration can better attack the problem of unsafe housing conditions if more students live within university jurisdiction.

BC is currently taking important strides with the construction of 2150 Comm. Ave., and the purchase and conversion of 2000 Comm. Ave. into a residence hall. But I am still one of nearly 1,000 BC students forced to rent an address off campus each year out of necessity—instead of by choice.

This year, a few small initiatives were designed to make off-campus life safer, including the creation of a “Student Renters Guide,” which explains the various rights belonging to uneducated renting students, and “Boston 311,” a citywide digital platform for reporting non-emergency issues—including student housing. These are small steps, but Walsh and the City need to do more. After all, this is the same Boston that has shown it can easily send a group of obstreperous college kids to district court over a rowdy game of beer pong.

Looking forward, the City must give inspectors the legal access they need to punish lackluster landlords. The only viable solution is to change the law. BC and other universities could help by dispatching school officials to make sure 10 students aren’t crammed into a single off-campus apartment. I know I would be a lot more willing to open my door to someone from BC than a random ISD inspector.

Now is the time to fix the problem. There were 126 students killed in off-campus housing fires over the past 15 years nationwide, and these housing horror stories have become all too common in our city. The City Council plans to form a group to address the issue in the future, but someone needs to step up and rewrite the law to give ISD the legal access it needs to punish absentee landlords right now.

Because nobody wants to lose another student like Binland Lee.