Home » Kramer’s ‘Thirty One’ Is A Mess Of Sugary, Empty Pop-Country 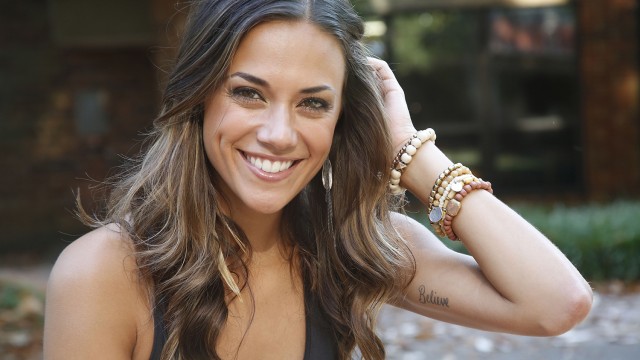 Kramer’s ‘Thirty One’ Is A Mess Of Sugary, Empty Pop-Country

Country starlet Jana Kramer released her self-titled album over three years ago. Jana Kramer was praised by country critics, who hailed the new country artist as a talented and meaningful songwriter. It marked her transition from guest spots on television to music a success. After releasing a slew of singles to moderate popularity among country music fans, Kramer debuted “I Got the Boy,” an emotionally charged ballad to old love that has now become one of her biggest hits to date.

Her second album, Thirty One, has soon followed. The album is refreshing, embracing a more modern country music style and veers slightly into the realm of pop-infused country. However, the album as a whole is nothing more than a compilation of reasonably enjoyable tracks that have no sense of unity or purpose.

“I Got The Boy” is the most pure country ballad on the album and the bittersweet narrative blends well with classic folk strums of the guitar settling the background. Kramer’s voice, though, can often be unbearably grating and, although minimally, the shrill qualities of her intonations certainly make an unpleasant appearance on the track. Another one of the better songs on the album is “Boomerang,” the first track and a likely candidate for the next single. The track has a southern rock vibe meshed with an upbeat tempo at its core but is filtered with a pop polish. It may be hollow, but it is certainly a fun and powerful song that is enjoyable to listen to, even though Kramer’s voice in certain parts of the song is less than fun to be subjected to.

“Boomerang” is not a boring song, which can’t be said for the rest of the tracks on the album. “Don’t Touch My Radio,” “Circles,” “Pop That Bottle,” and “Just Like in the Movies” are all horrendously boring and some even hard to listen to because of their grating vocals and washed away, unoriginal melodies. None of them seem stand for anything except sweet sounds and the lyrics are as equally hollow, giving the impression that they are nothing more than filers. In fact, “Just Like in the Movies” is ultimately annoying with its pressing repetition of meaningless lyrics and failed attempt to blend pop and country.

Some of the better tracks include “Bullet,” which features Steven Tyler, and “Said No One Ever.” They, too, are utterly shallow when its comes to lyrical depth and have too much pop for their own good, but at least they are somewhat fun through it all. “Said No One Ever” is the lesser of the two and seems like it belongs more in a Saturday morning children’s show on the Disney Channel rather than a music album. It’s easy to sing along to and the lyrics, although inherently lacking, are better than most on the album as they embrace a powerful edge of female empowerment and the chorus is actually quote resonating.

“Bullet” fares a bit better. Kramer and Tyler’s voices mesh well and the track is melodically interesting. It also seems to be quite reflective of Kramer’s personal life. She was married three times and engaged separately multiple times as well, which are obviously represented in the track, resounding, “Thank God I dodged a bullet. Thank God I didn’t do it.”

Jana Kramer has some zest when it comes for country music; however, it’s just not enough to fix the blandness that is Thirty One. The best songs are the fun ones and the ones that embrace the good cheer, but ultimately none are quite meaningful or praiseworthy. But, if you need some country music to just close your eyes (and ears) and dance to, Thirty One might be for you.