Home » At Some Point, Very Near The Beginning, ‘Last Witch Hunter’ Runs Out Of Diesel 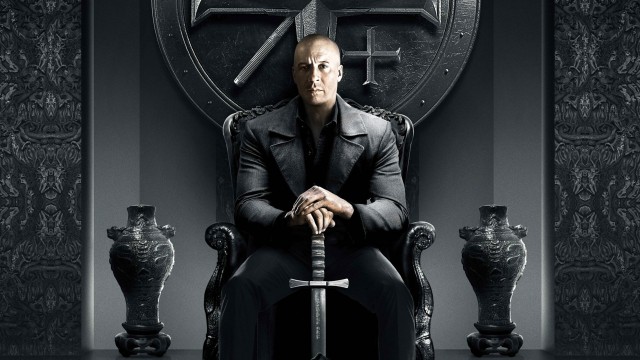 At Some Point, Very Near The Beginning, ‘Last Witch Hunter’ Runs Out Of Diesel

It’s that time of the year when October becomes synonymous with a movie docket largely composed of films featuring some kind of supernatural entity, and The Last Witch Hunter is no different. Directed by Breck Eisner and starring Vin Diesel, it comes across as a film that purposely insists upon itself, developing progressively more elaborate sets that produce the opposite of its intended profundity. It feels convoluted, overcharged, and does not feature the elements associated with a believable story, but more on that later.

It is a film that does not get much right: one-liners are ill-timed, costumes are unimpressive, and the Witch Queen’s design feels as an odd hybrid alien-meets-human-meets-bug. The only refreshing aspect of the movie is the casting of both Rose Leslie, known for her role as Jon Snow’s love interest in Game Of Thrones, and Michael Caine, but even these two could only work within the bounds they were afforded. For a work whose main feature is the existence of wizards and witches, it distinctly lacks cinematic magic.

Right off the bat it opens with a confusing sequence where a posse of barbarian-looking warriors begin walking toward a gigantic tree surrounded by a cloud of what looks like insects. Kaulder (Vin Diesel), while sporting a beard worthy of the Wildlings beyond the wall, does not come across as a believable leader, and yet, on these men follow him into the sanctum of the Witch Queen (Julie Engelbrecht) to depose her. She had unleashed the plague into the world and as such, humans were dropping dead like, ironically, flies. After a drawn out struggle, Kaulder manages to defeat the Queen, but she manages to inflict a curse on him: he can never die. This sets up the main storyline of the film, as for centuries he becomes the enforcer of the witch law: that magic cannot be used upon humans.

The Last Witch Hunter adds another chapter to the anthology of roles where Vin Diesel essentially plays himself: the lonesome tough guy without fear who secretly yearns for friendship. Scarred by the loss of his wife and daughter to the plague, Kaulder is forced to traverse the world century after century as the witch hunter without having anyone he truly trusts. Enter Father Dolan, played by Michael Caine, Kaulder’s handler and only friend. Dolan is the name given to all of the priests who have been assigned to the immortal witch hunter through the years, of whom Caine happens to be the 36th.

After suspicious circumstances, Elijah Wood becomes Kaulder’s new handler—the 37th Dolan—as the new team attempts to carry on the task of ensuring human safety in a world of magic, lies, and betrayal. Rose Leslie plays Chloe, a lonesome bartender that befriends Kaulder under chaotic circumstances. Loneliness becomes a recurring theme throughout the film, as the motives of many characters can be attributed to avoiding this unavoidable feature of life.

The Last Witch Hunter comes forth as your typical film about the struggle between the natural and the supernatural: humans vs. beasts, life vs. death, but without any inherent charm. The special effects seem overly ambitious, resulting in the type of visuals one would expect from the Resident Evil series, not up to standard in the current cinematographic climate.

The Diesel/Leslie dynamic, which should have been a strong point of the film, feels morose with Leslie providing much of the enthralling loveable badass quality that made her such a crowd favorite during her run in Game Of Thrones while Diesel does not leave his chosen voice octave and never shows any true emotion, in the tangible world at least. Interestingly enough, Michael Caine is able to bring out only a trace amount of what could be deemed acting from Diesel during their interaction, especially during the more dire circumstances of the plot.

Elijah Wood, like many of the other characters sprinkled throughout the film, delivers a disappointingly flat performance. As soon as he enters the screen, the audience feels a mixture of exhaustion and pity. He becomes the anti-Diesel, overly dramatizing scenes and giving into his (fake) emotions far too often.

One of the most significant, if not the only, lines of the movie is when Diesel says: “I’ve [done this] before, I’ll do it again.” Ironic, as this type of movie has been done and his type of performance has already been delivered. While not unwatchable, for a film premiering around Halloween it neither provides the treat nor delivers the trick, leaving the viewer unsatisfied and unexpectedly confused. 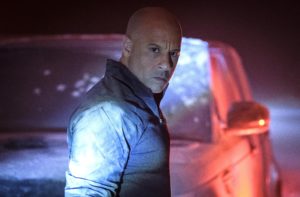