Home » Another Cold Weekend On The Charles For Annual Regatta 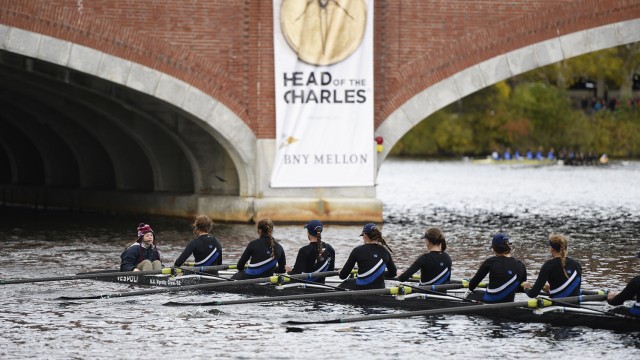 Another Cold Weekend On The Charles For Annual Regatta

A half a century after the inaugural event, the Head of the Charles Regatta hasn’t lost its charm. The brightly colored spandex of the rowers, crowded bridges, and frenetic atmosphere are a fraction of what makes it special. While the competitors stand as the prime expositors of the competition—and rightly so—another player is silently featured: the city of Boston.

The spectators, ever-present at the regatta, are what have made the Head of the Charles a classic Boston tradition, while undoubtedly serving as a welcomed influx of income into the city.

One of the premier rowing events around the world, the regatta took place on Oct. 17 and 18, attracted more than 11,000 competitors and 400,000 spectators, and is the largest two-day regatta in the world. With over 55 different events, it guaranteed continuous entertainment throughout the weekend.

The Head of the Charles, the premier event of the rowing year in the United States, required extensive preparations, with daily conditioning and on-the-water training in the weeks prior to the event, said Haley Martin, MCAS ’18, a member of the women’s varsity team. The men’s club team experienced similar schedules, with grueling on-the-water sessions as early as 6 a.m. on some days.

Established in 1965 by the Cambridge Boat Club, members D’Arcy MacMahon, Howard McIntyre, and Jack Vincent wanted to create a race that emulated the “head” races in England by creating a 3-mile course where teams would compete against each other in a rolling basis, with time being the determinant factor for choosing a winner.

During its 50th anniversary celebration, the race not only featured its strongest and most diverse field in its history, but also introduced a newly-designed trophy to be presented to the winning collegiate men and women’s championship eights.

The Head of the Charles featured events for professional rowers, past and current Olympians, alumni, youth, and perhaps most prominently, the collegiate level. The final day features the men’s and women’s collegiate eights, where teams of eight rowers attempt to traverse the 3-mile course as fast as they possibly can.

Traditionally, collegiate events draw large crowds, and this year was no different. As boat after boat went by the Elliot Bridge—one of the several that connects Cambridge with Boston proper—swarming crowds relentlessly cheered them on while each attempted to get a glimpse of their favorite teams. Many could be seen shaking their heads in frustration by the sheer number of people present, making a spot with an unobstructed view a luxury.

In the areas surrounding the most concentrated spots of the event, the traffic ran heavy the entire weekend, and businesses, especially those in the hospitality industry, registered increased demand.

“It’s always a great weekend for the Square, and this weekend was no different,” Denise A. Jillson, the executive director of the Harvard Square Business Association said in an interview with The Harvard Crimson. “It’s a weekend that businesses count on every year.”

The event also serves as a way to introduce the spectators to the city of Boston, as the fall season gives the city a special hue that reminds of the New England of old. Walking along the Charles River gives sights unparalleled to anywhere else in the city.

head of the charles rowing
Bringing Coates’ Message Back To Boston College
BC Professor Clashes With Comm. Ave. Barre Studio On Zoning Law 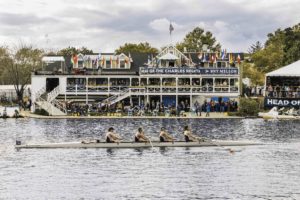 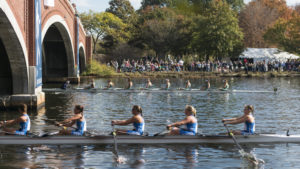